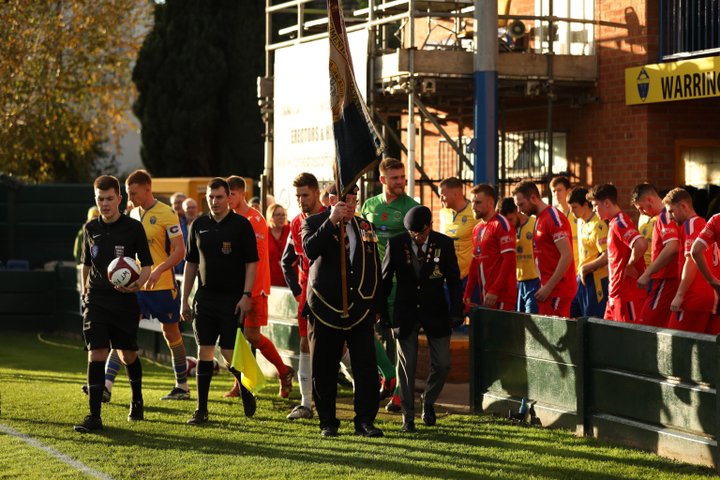 Clubs across the Northern Premier League paid their respects for Remembrance Day.

Players and officials throughout the league, and also playing in FA Trophy matches, observed a minute’s silence before kick-off.

At Warrington Town (pictured top), the Duke of Lancaster’s & Warrington Veteran Association led the tributes to pay their respects and remember our fallen. 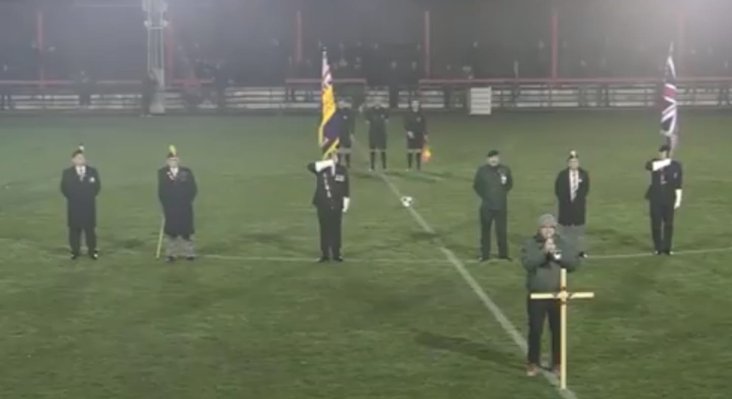 "They shall grow not old, as we that are left grow old:
Age shall not weary them, nor the years condemn.
At the going down of the sun and in the morning
We will remember them."

Poppies were included on team sheets at several clubs, including Trafford, who hosted Kendal Town.

Ashton United hosted the Bury and Ashton Royal Legion on Tuesday night as part of a free entry offer (not possible yesterday due to FA Trophy). 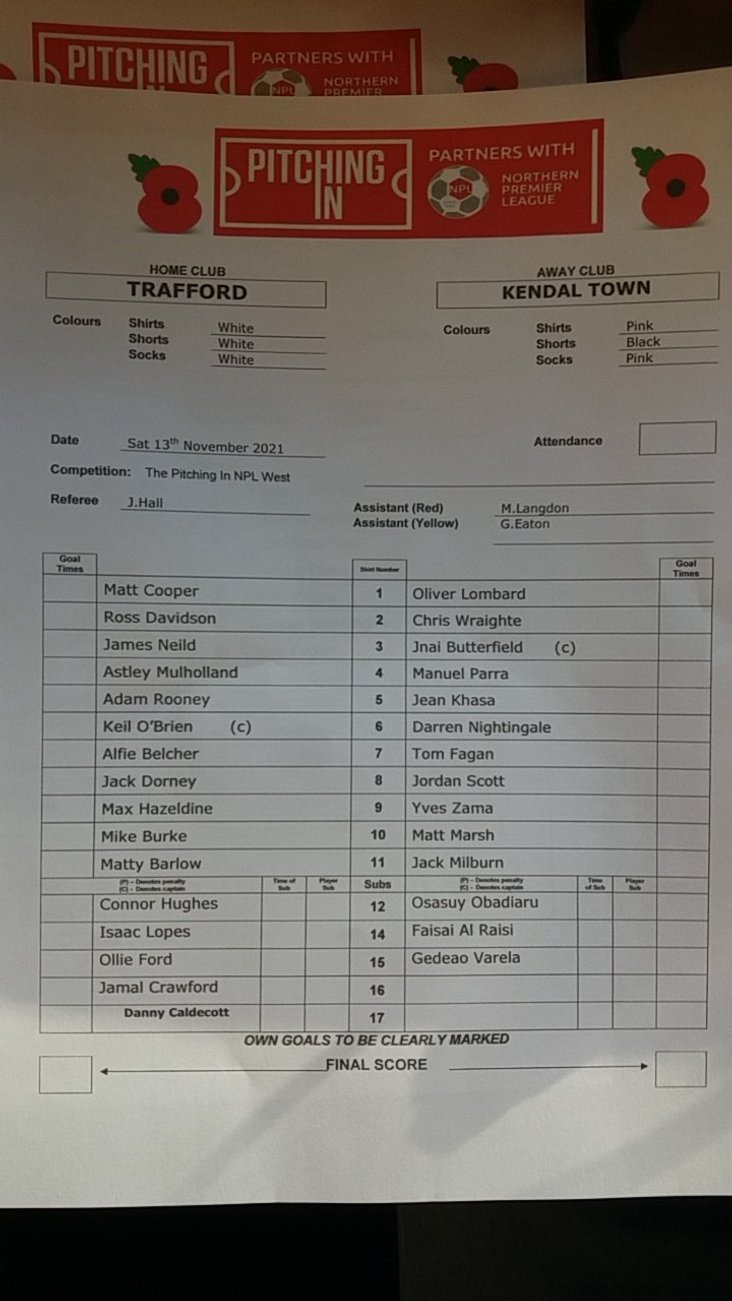 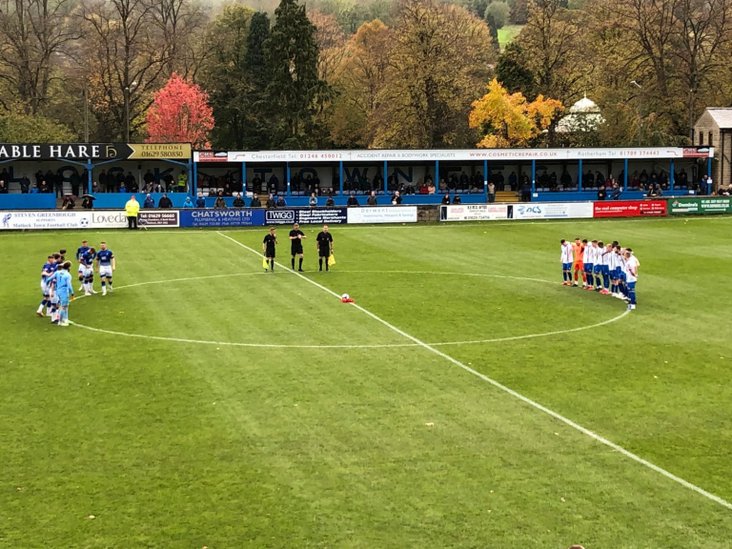