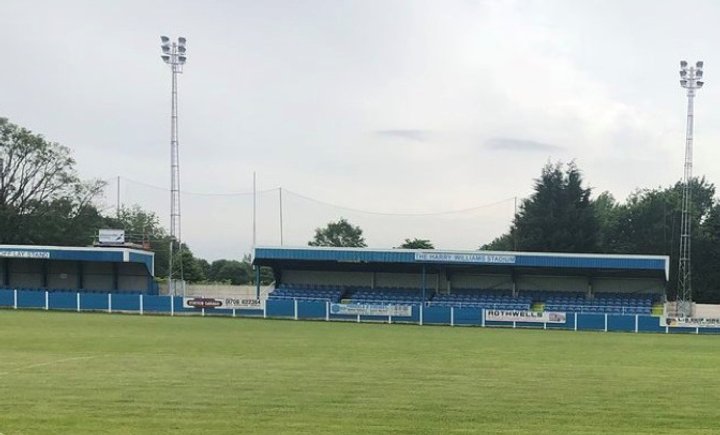 Ramsbottom United are now at the top of the BetVictor N/West Division table following a 2-0 victory over Workington.

Heading into the weekend, Workington led at the top by just a single point, but goals from Ruben Jerome and Josh Hmami inside the first half sees Ramsbottom lead by two points.

Ramsbottom United manager Chris Willcock told the club’s Youtube channel: “I thought the lads were outstanding from minute one.

“The tempo that we created was really good. I thought our possession, our discipline and our work rate was first class.

“I thought with the ball, as and when we needed to be, we were very good. We could have ended up scoring a few more goals and the game opened up, which I expected it to.

“I expected Workington to come after half time and have a real go which they did, but the lads stood firm and that’s what I was after. A clean sheet, the lads defending how I know they can defend and I thought collectively we were outstanding.”

In third place, Marine drew 2-2 at home to Brighouse Town. Mark Howarth opened the scoring for the home side, before Joe Jagger equalised minutes later. Brighouse then took the lead in the 53rd minute through Thomas Haigh, but again it only lasted minutes as James Barrigan scored for a 2-2 result.

Just outside the play-offs on goal difference, Tadcaster Albion drew 2-2 with Kendal Town, who sit 19th in the league table and extend the gap from the relegation spot by five points.

There were three goalless draws in the league, Trafford against Colne, Dunston against CLitheroe and Widnes against Mossley.

A goal from Faustin Makela was enough for Droylsden to claim a 1-0 victory over City of Liverpool.