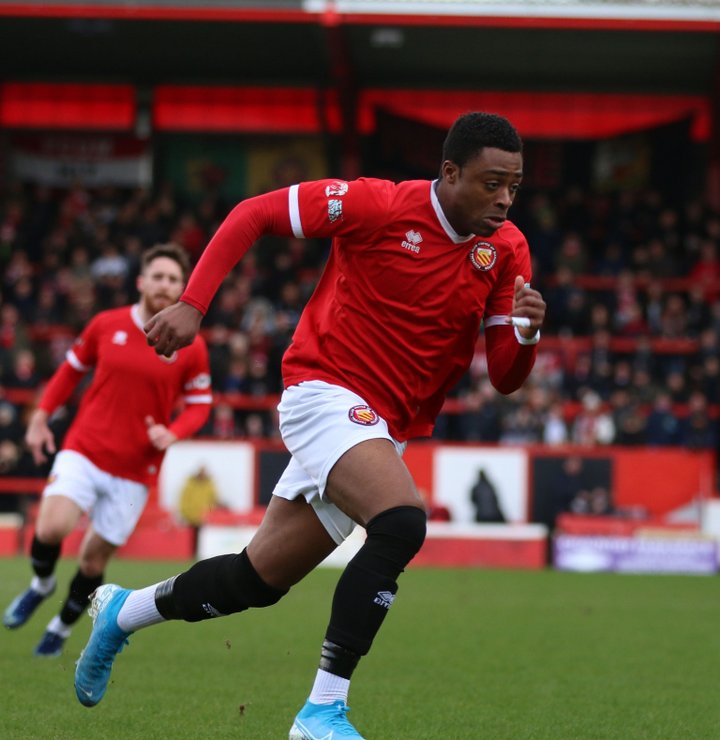 FC United of Manchester striker Tunde Owolabi says his time at the club has been “incredible” so far.

Owolabi, 24, scored 35 goals in 35 games for the Reds before the season was unfortunately suspended with him odds on favourite for the golden boot.

In a bizarre situation, Owolabi was spotted in Manchester Airport on his return to England after a short stint in Malta, and Reds manager Neil Reynolds quickly invited the Nigeria-born forward to join his club on a permanent basis, and he has thrived since.

“I have met some amazing people and players at the club. Absolutely loving the life representing the club.”

Owolabi has also praised the fans at the club, with impressive numbers at home, including 2,088 attending their clash against Warrington Town.

“We got beat at Barrow 7-0 and they [fans] kept on singing and cheering the boys on until the final whistle.

“But I will never forget that day especially when the seventh goal went in and the noise level went up a level.

“Yes, we got beat to the best non-league side in the country, but their support was something else. I have never seen something like it in all my years of playing football. I think everyone who was there would agree with me on that.

“They have been absolutely unbelievable since the start of the season. The boys will always continue to give 100% on the pitch because the support we get from the fans deserve nothing less.”