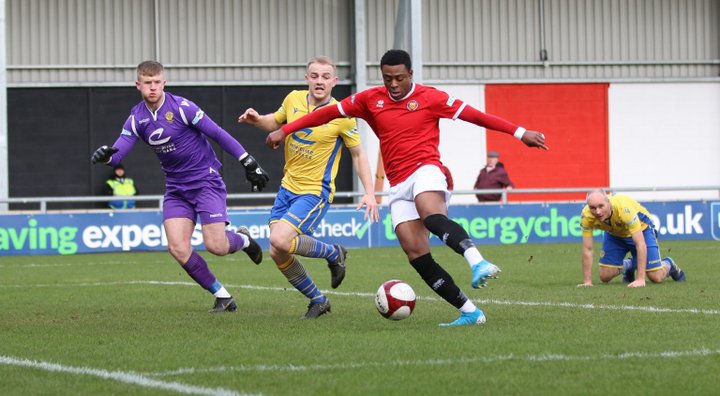 Owolabi, 24, has scored 35 goals in all competitions this season since making the move to Broadhurst Park, including four hat-tricks with two of those coming in his last two appearances.

The striker scooped the NPL Supporters’ Player of the Year and was in the NPL West Division Team of the Year following a prolific campaign with Racliffe in 2018/19. 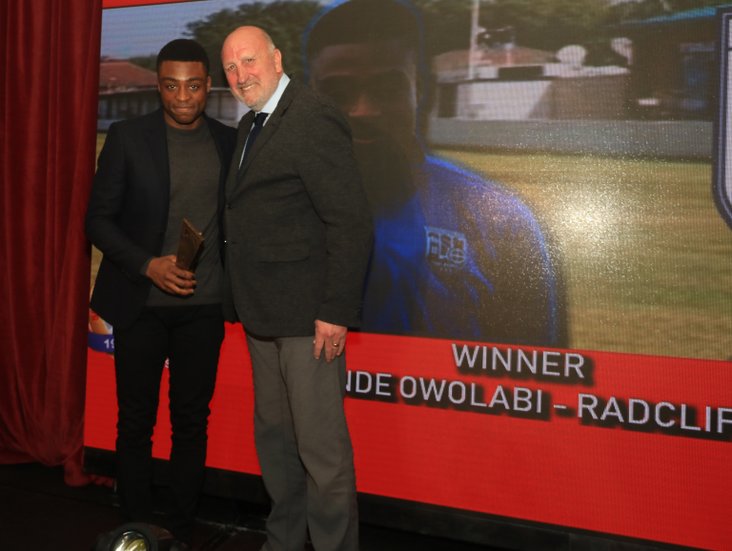 “I scored 26 goals last season with Radcliffe, so I knew that I can score.

“There were times where I was not scoring this season, but I am grateful to play for a manager and his management staff who constantly believe in me, help me both mentally and physically to keep going and keep pushing on and keep working hard.

“The team has been incredible, too. We have a real good team spirit where we are all more like brothers and fight for one another on and off the pitch.

“Then the fans, what can I say about the fans. It’s just a pure privilege for me to play In front of them. I have enjoyed their support since my first day at the club. I love playing for them and the club.

“Then I have a supportive family who have supported me since day one. My dad was an ex-professional as well so we talk after every game on areas I can improve. I am always striving to be better no matter how good a game I have had or at times visa-versa.

“Then there are my friends who always send me messages before games and after games to wish me luck or congratulate me. Sometimes they come down to support the team and I. All that has helped me to have an incredible season where I have been able to take my football to another level.

“It’s been incredible. I have met some amazing people and players at the club. Absolutely loving the life representing the club.”