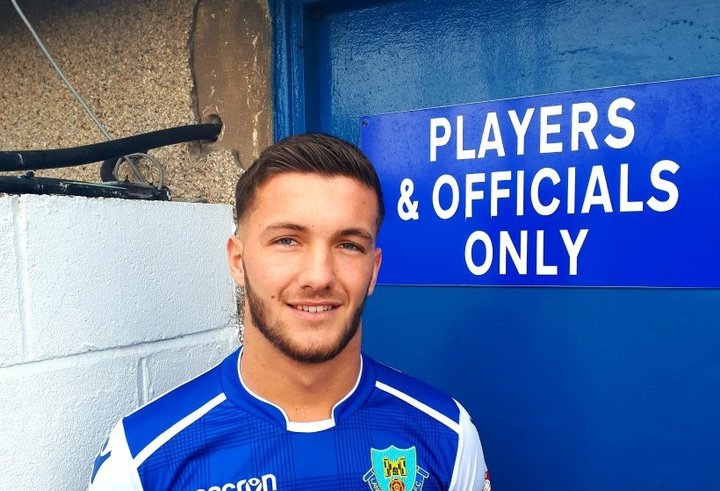 Lancaster City’s Paul Dawson says the 2021/22 Pitching In Northern Premier League season is a year where anyone is capable of winning.

Mark Fell’s side currently sit eighth in the Premier Division table, recording four wins so far in the league, including a 7-2 victory over Grantham Town.

“We are very good side, who will always create chances, so us being around the top for goals scored isn’t a shock. We have good players who can produce a bit of magic when needed.

“It’s a season where anyone can beat anyone this year. It’s a very strong league.”

The Dolly Blues finished the curtailed 2020/21 season in 12th spot, and the season before in the play-offs before the pandemic.

“Obviously, we are aiming for promotion,” he said.

“We have showed in the last two seasons where they got curtailed that we are good enough to battle it out with the big boys in the league so the play-offs is definitely our aim this season.

“Like I said, the Premier Division is a tough, tough league. Anyone can beat anyone, I just hope come end of April we are there or thereabouts and in the play-offs.

“We have a good group of lads who work hard for each other and the club and that’s what we will need if we are going to match what other clubs can spend on more experienced players.”

Lancaster City face Ashton United at the Giant Axe this Saturday in the Premier Division.