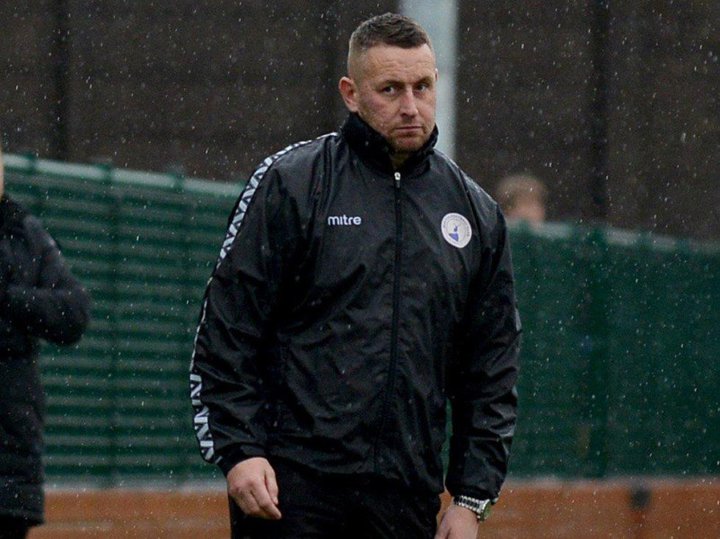 Matlock Town boss Paul Phillips says he will be keeping player movement close to his chest until there’s more information on when the season is due to start.

Some rival clubs have been upfront with their recruitment so far in planning for the 2020/21 season, although the picture remains unclear due to the coronavirus pandemic.

He said: “Normally we’d be about four weeks away from starting pre-season but nobody knows when we can return to playing in non league, so it’s a matter of being careful and trying to get the timing right.

“It could be say October before the league gets under way for example, so while we want to be up and ready and raring to go, we’ve got to ensure all the timings are right so people aren’t burned out before the season begins! Let’s face it everyone wants things to get back to normality, players want to be back training and playing again, fans want football games to watch.

“I don’t think it’s wise clubs announcing signings just yet as they can’t be ratified by the authorities and at present nobody knows when the season is to start so how can contracts be drawn up?

“We’ve been doing our work and have provisionally agreed terms with some players but we’re keeping everything close to our chests for now.”

A striker is likely to be at the top of Phillips’ shopping list, with the Gladiators only managing 36 goals in 28 league games last season and also losing Marcus Marshall to Basford United.

He added: “We need to improve our goalscoring record, we need scorers and people who can create so the forward line is an important area for us. We’re going to bring people in but it’s also hard to let people go as nobody knows what’s happening.

“How can wages be offered and promised when for all we know, games could take place behind closed doors or it could be a long while before we actually get going? I’m asking for the fans to be patient, but I believe there’ll be a fair bit activity in the next week or two.”

 NPL Show: Full Back Special The second special NPL Show look at the players of the League