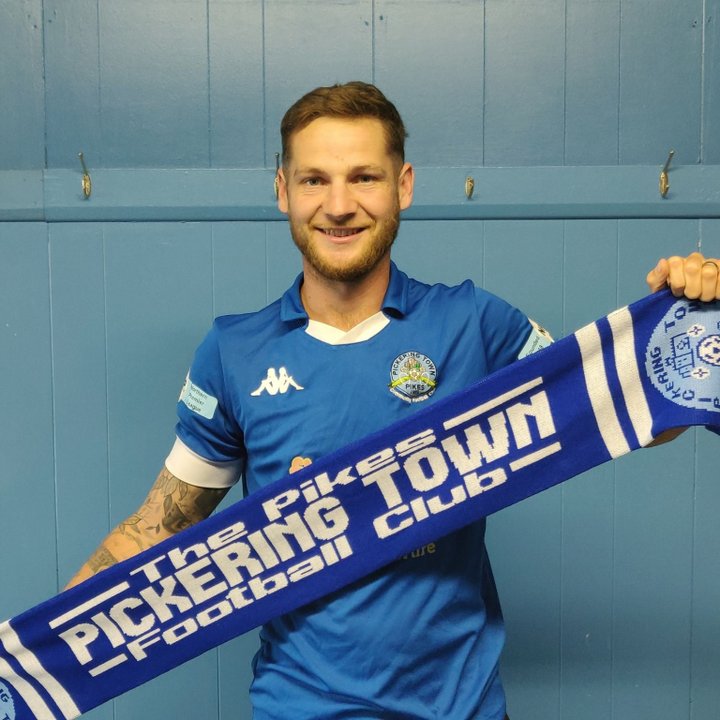 The pair both count Scarborough amongst their former clubs, with Brooksby’s exit from the Flamingo Land Stadium confirmed last week after two seasons at the club.

Manager Steve Roberts said: “I am delighted to welcome Wayne to the club. Working with him at Scarborough I know the quality that he will bring to the team . He has so much ability and can unlock teams with his vision.

“His playing CV speaks for itself and he is key for us to move forward as a football club.

“I am so pleased to have him commit to Pickering for the coming season. He will make us stronger as a group and I know the positive affect that he will have on the whole club.

“Leon played over 30 games for Bradford in his early career and I worked with him at Scarborough.

“He is a great lad and even more importantly a very good player. He can play a number of positions, but he is predominately a forward player. He is a real threat wide or centrally, I am really looking forward to working with him again.”

The Pikes have also confirmed four pre-season fixtures, away at Selby (Aug 11) and Goole (Aug 25) and at home to Scarborough (Aug 18) and Belper (Aug 22)