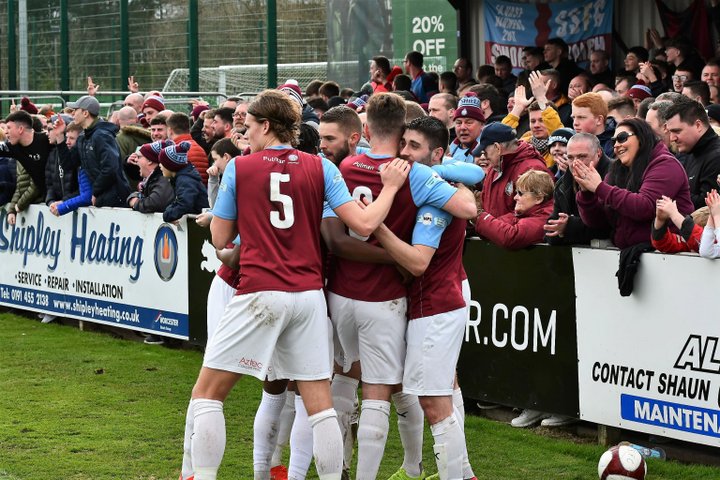 It’s the opening weekend of the Pitching In Northern Premier League, and we take a look at what to expect in the Premier Division.

All 11 games kick off at 3:00pm in what is set to be an exciting weekend of non-league football, with fans able to support their teams for the first time in league action since March.

Last year’s in-form side South Shields begin their 2020/21 campaign away to Mickleover. The Mariners have sold over 600 season tickets ahead of the upcoming campaign, with joint-managers Graham Fenton and Lee Picton taking charge once again.

Atherton Collieries concluded their pre-season with an impressive 1-0 victory National League North side Chorley FC, and the Colls host Scarborough Athletic this weekend.

Gainsborough Trinity manager Curtis Woodhouse has shown faith in youth players ahead of the season with only a small squad, and has admitted that this year’s pre-season has been one of his toughest yet.

“It’s been the hardest one (pre-season) that I can remember,” Woodhouse said on the NPL Podcast.

“We’ve just been trying to recruit players. It’s been really tough, but if I’m going to be honest I’m glad it's over and we’ve got our opening game of the season on Saturday and we can get down to doing it for real.”

Matlock Town captain Adam Yates is set to make his 500th appearance for the club, joining the likes of Mick Fenoughty, James Lukic and Alan Lukasik when he features this weekend against Bamber Bridge, after the Gladiators made the decision to still include statistics from the null and void 2019/20 season.