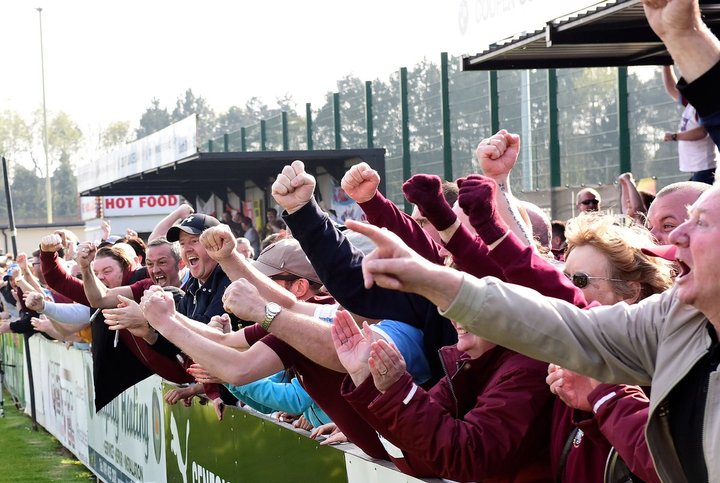 South Shields have quickly taken the top spot in the Pitching In Northern Premier League Premier Division following a 3-0 victory over Mickleover in the opening weekend.

With a full capacity watching on at Mariners Park, goals from Nathan Lowe, Jon Shaw and Jason Gilchrist saw the home side claim the three-points much to the delight of joint-manager Graham Fenton.

“A great day in terms of result, I can’t ask for much more on the first day,” said Fenton, speaking to Mariners TV.

“There’s lots for us to work on which is great. A 3-0 victory and we’ve come out going yeah there’s lots we can get better at.

“Things like a clean sheet, we defended set pieces really well and we obviously scored of a set piece which is one of our aims. One of our aims this season is to get better at both ends in terms of free-kicks, throw-ins, corners, so that’s another prospect that’s come out of today.”

Greg Smith didn’t take long to score his first of the season, with his goal sealing the three-points as Gainsborough Trinity defeated Hyde United 2-0, with Reece Fyfe scoring the opening goal in the first-half.

Paul Carden’s Warrington Town travelled to Greenwich Avenue and returned home with all three-league points following a 2-0 victory over Basford United, with goals from Jack Dunn and Bohan Dixon.

Nathan Cartman scored a brace either side of half-time to guide Scarborough Athletic to a 2-0 victory over Atherton Collieries.

There were 1-1 draws between FC United of Manchester and Nantwich Town, Morpeth Town and Grantham Town and Stalybridge Celtic and Lancaster City.