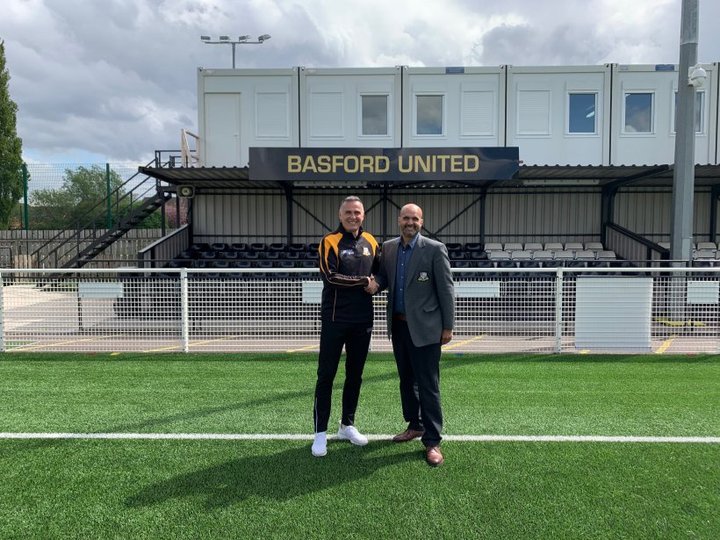 Basford United have the chance to make progress on table toppers South Shields, who are not in action tomorrow.

Steve Chattle recently strengthened his side with the signings of Cieron Keane, Kieran Tonge and Rev James. The side also recently appointed Stan Mitchell as new vice chairman of the club, and he will watch his side take on Radcliffe at Neuven Stadium.

Basford could take second spot over Lancaster - who are in FA Trophy action - in the table if they can claim a 3-0 victory, but Radcliffe are no easy opponent, unbeaten in their last four games in all competitions, and climbing to eight in the table.

Elsewhere, Warrington Town in fourth spot travel to the Don Amott Arena to face Mickleover Sports. The side's met in August of the current season at Cantilever Park, with Matthew Chadwick scoring the decisive goal for a 1-0 victory for the Yellows.

Scarborough Athletic will be hoping to bounce back after they crashed out of the Integro League Cup following a 5-1 defeat to Dunston.

Manager John Deacey admitted he was ‘disgusted’ following the big loss. In the Scarborough News, he wrote: “I was disgusted by the way the players performed in the 5-1 League Cup loss at home to Dunston on Tuesday night.

“The players did not apply themselves at all and I feel they let me down and they let the club down - but most of all they let the fans down.”

Striker James Walshaw is also expected to have an injury assessment ahead of their fixture with Witton Albion, who announced that Isaac Baldwin has extended his loan for a further month from Farsley Celtic.

Ashton United, who sit 17th in the table, host Nantwich Town 10 places above their opponents.

The Dabbers recently welcomed back striker Callum Saunders on dual-registration from Curzon Ashton.

Grantham Town, who recently announced that Declan Dunn extended his loan from Notts County until the end of the season, travel to Whitby Town who sit 11th in the league table.

Lastly, at the bottom of the table, Stafford Rangers host Hyde United.

Stafford boss Alex Meechan is hoping for a few players to return from injuries.

“I think one or two injury returns would be like new signings for us,” he told the express and star.

“Jake Charles and Sam Cookson look like they will hopefully be in the reckoning for Saturday which are two major boosts.

“Robbie Thompson-Brown is slowly getting to full fitness. We still have a decision to make on Luke Jones. He has gone to see a consultant, we are waiting on that news.”