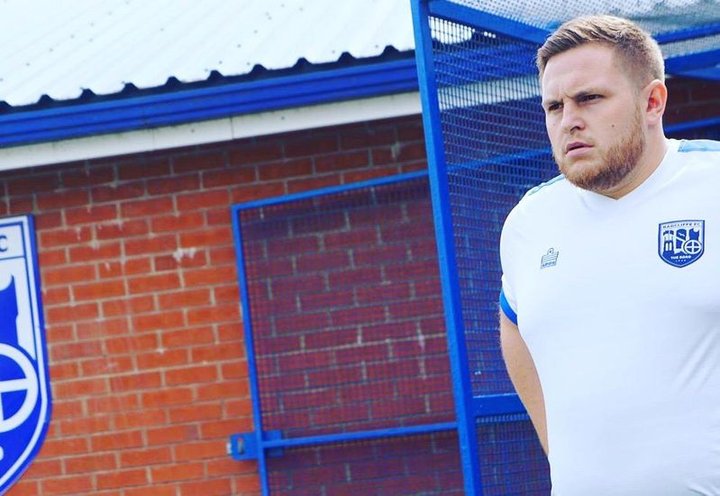 Times have been difficult for everyone during lockdown but things are going to get a lot harder for Radcliffe coach Andrew Dooley.

‘Dools” is attacking Motor Neurone Disease head on as he is taking part in the 100k in May campaign to raise funds for The Darby Rimmer MND Foundation.

The campaign, set up by the Darby Rimmer MND Foundation, is for team members to run, walk or cycle 100 kilometres in May while raising as much money as possible.

The foundation was set up by former Liverpool, Bradford and Bolton footballer Stephen Darby and close friend and veteran Chris Rimmer to raise funds to assist research and raise awareness for MND which they both suffer from.

Dooley thinks it is a great opportunity to raise funds for a great cause while getting fit in the meantime.

“During the pandemic I have been going out on my bike every evening. I had been nominated by different people for various 5k walks too. I was on Twitter one night and I had seen something about it when I saw that Craig Lindfield was involved.”

“I dropped him a message about it and he gave information and I thought I would give it a go! I joined the team and set up and just giving page and I was on my way. I just thought I may as well give it a go and raise some money for an excellent cause.”

The likes of England Women’s captain Steph Houghton, Blackpool captain Jay Spearing and plenty of other football stars are taking part in the fundraiser.

Dooley is hoping to get the 100k done in good time, well as long as his legs hold up.

"Maybe ask me again at the end of the week when I have ran for six days back to back.”

The Boro First Team coach is part of a collective looking to raise as much as possible but he is looking to reach his goal of £2000 by the end of the month.

Keep up to date with Dools’ journey on his social media and Just Giving page.