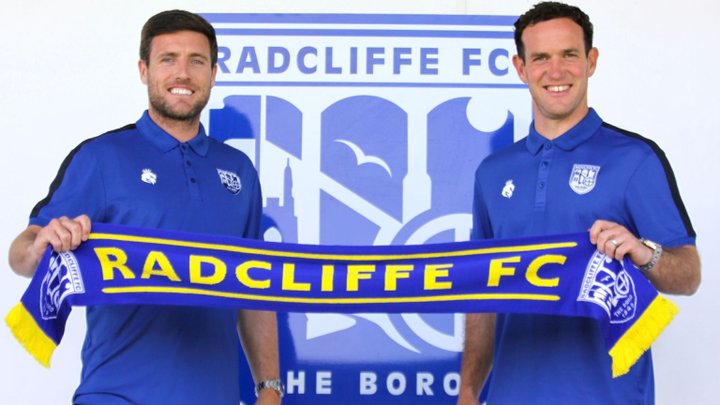 Joyce, 34, has featured in over 550 games during his professional career, including over 400 Football League appearances for Carlisle United, Accrington Stanley and Port Vale.

The veteran midfielder began his career at his hometown club Bolton Wanderers, before moving to Wigan Athletic's youth system where he made his first-team debut in 2006.

Joyce signed for Carlisle United six months later before being sent on loan to Barrow and Northwich Victoria.

In 2009, he joined Accrington Stanley, spending the next six years at the club including three seasons as captain.

Joyce returned to Carlisle United in 2015, making 120 appearances over three years, before signing for Port Vale in 2018.

He played a vital role in The Valiants FA Cup success in the 2018/19 season, journeying to the Etihad to face Manchester City after beating MK Dons and Cheltenham.

In June 2021, Joyce joined National League North side AFC Fylde where he featured 34 times as the club finished in third-place.

On his move to Radcliffe, Joyce said: "I've been speaking to Bobby [Grant] for a number of weeks now and I'm delighted to get the deal signed and finalised and I'm just happy to be here.

"I've played a lot of games in the Football League, I've got a lot of experience," Joyce added. "If I can come in here and help the team as a whole with my performances and experience and have a positive effect then that's fantastic."

"Bobby was definitely one of the main reasons why I’ve come here because I’ve had a relationship with him for years, we played together a long time ago at Accrington Stanley so we have a good understanding of each other."

On his new signing, Bobby Grant said: "He’ll fit in great, in the dressing room, around the club, which is why I identified him as someone I wanted to bring here, but more importantly the quality he’ll bring on the pitch.

"Hopefully the fans will be delighted to see him put the shirt on."