Ramsbottom are the last NPL club standing in FA Trophy 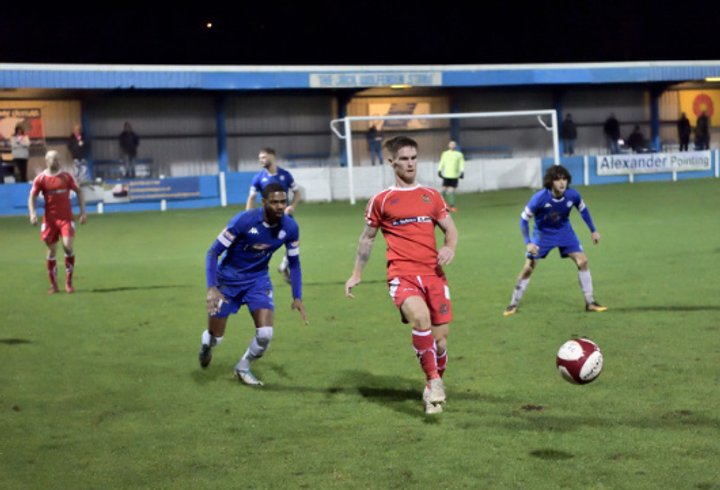 EVO-STIK League West Division side Ramsbottom United are the last NPL club standing in the FA Trophy after seeing off Workington on Tuesday night.

The in-form Rams beat their Premier Division opponents 2-0 in a first round replay, having held them to a goalless draw in the first tie at Borough Park at the weekend.

It now sets them up with a clash in January against Southern Premier League side Weymouth.

After a goalless first half in the replay, Ramsbottom broke the deadlock when Ruben Jerome found the net on 58 minutes at the third attempt.

They doubled their lead with 16 minutes to go, Nic Evangelinos racing through down the left and unleashing an unstoppable shot from inside the box.

Nialle Rodney then had a chance to add a third for the Rams but his shot was blocked by a sliding challenge by Dan Wordsworth which resulted in a serious injury for the Rammy winger. Rodney’s lower leg collided with the post and he has believed to have suffered a serious injury to his ankle.

That led to the game being suspended with 81 minutes on the clock, and there was a delay of more than 35 minutes for the injury, with Rodney eventually carried off the field to a round of applause.

The Rams kept their nerve though and played out the final nine minutes to secure the win.
Their scheduled league match at Clitheroe on Saturday January 12 is now postponed, and they will instead host Weymouth in the FA Trophy second round.