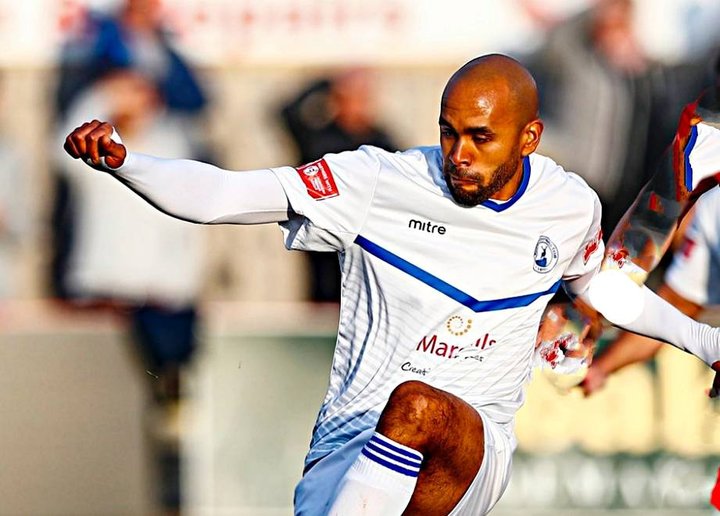 Buxton maintained their unbeaten start to the season with a 1-0 win away at South Shields.

Substitute Ashley Chambers struck the winner 12 minutes from time after the Bucks had lost Diego de Girolamo and James Hurst through injury.

The win keeps them third in the table, but they have three games in hand on Shields and Matlock above them.

Manager Gary Hayward praised his team for their strength of character and hard work against the full-time professionals of South Shields. 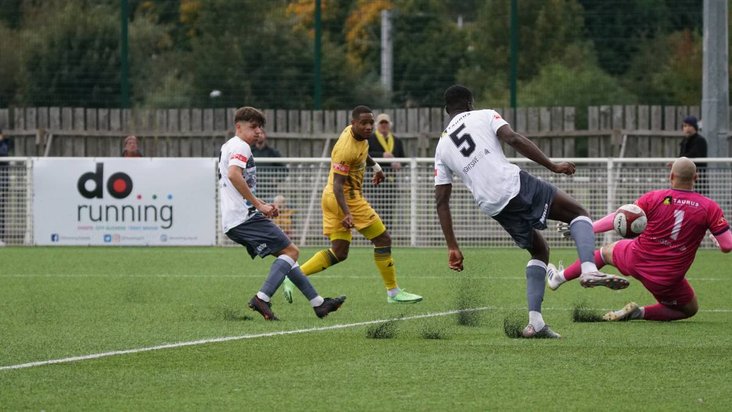 He said: "We've got a great bunch, a pleasure to work with. They had to keep a high level of concentration and dig deep to earn the three points. We can now get some rest ahead of the FA Trophy at home to Colne on Saturday, then it's York City in the FA Cup."

Defeat for Shields enabled Matlock Town to re-instate their three point cushion at the top of the tree, which they did with a routine 2-0 win at Lancaster City.

Liam Hughes and Reece Kendall scored either side of half time as the Gladiators recorded their 13th win from 17 in the league.

Bamber Bridge lost ground on the top three as they were beaten 1-0 at home by Ashton United, with Adam Senior scoring the only goal.

Warrington leapfrogged Whitby Town in to the play-off places with a win away at basement club Grantham Town.

Matt Grivosti scored a first half brace for the Yellows, to enable them to take advantage of Whitby’s 3-1 defeat at home to Stafford.

Goals from James O’Neill, Jake Charles (pen) and Tom Tonks lifted Stafford to eighth in the table, four points off the play-off places.

Basford United’s inconsistent season continued as they were beaten 2-1 at home to Radcliffe.

Bobby Grant put the visitors in front after 19 minutes and a Brad Gascoigne own goal doubled their lead by half-time.

Boss Steve Chettle said: “We need to be better throughout. We started the game very, very well but the second goal - right before half-time - makes it really difficult for us.

“We need to score when opportunities arise, but we didn’t manage to do it.”

Gainsborough are now seven unbeaten after they defeated Atherton Collieries 1-0.

Brad Grayson’s 14th minute goal was enough for Trinity, who have conceded just two goals in their current run of form.

Marcus Dackers celebrated the extension of his loan deal at Stalybridge Celtic with a brace in a 3-1 win at Mickleover.

All four goals came in the first half, with Jake Burton added Celtic’s third before Andrew Wright gave the hosts some hope three minutes before the break.

Five goals were shared between two scorers at Hyde, as they got the better of Scarborough 3-2.
Tom Pratt scored a hat-trick for the hosts, with debutant Luca Colville’s brace in vain for the visitors.

Nantwich Town surrendered a two-goal lead at half time to lose 3-2 at Morpeth Town, a win that moves the Highwaymen away from the foot of the table.

Dan Cockerline’s penalty and Connor Heath had the Dabbers in control at the break.

But a quickfire brace from Liam Noble brought the visitors back in to the match and they won it courtesy of Connor O’Riordan’s 73rd minute own goal.

FC United nabbed a late win away at Witton Albion, having previously thrown away a 2-0 lead.

Andrew Baker and Cian Hayes looked to have put Neil Reynolds’ side on the way to a routine victory with second half goals, but Callum Saunders and Robert Hopley drew the hosts level.

Greg Hall’s own goal in the dying minutes proved the difference.