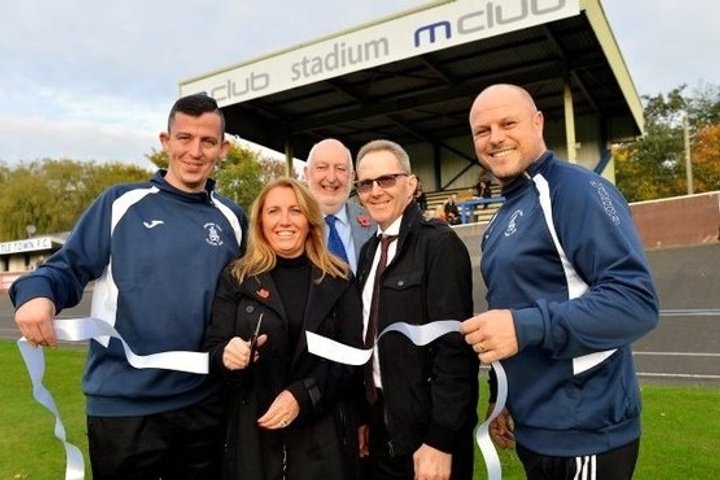 The 47-year-old Port Vale legend, pictured far right with sponsors at The M Club Stadium, was coaching youngsters for Manchester United in the desert kingdon when he was taken to hospital after suffering chest pains.

His wife - who was flown out by Manchester United to be at his bedside last week - had told worried Castle officials that he is on the mend after surgery but won't be able to fly home for another ten days.

Newcastle Town secretary Ray Tatton said: "His wife reports that he is doing well and feeling well in himself. His previous clubs Port Vale and Derby County have both been in touch and sent their good wishes for a player who became a cult figure at both clubs. 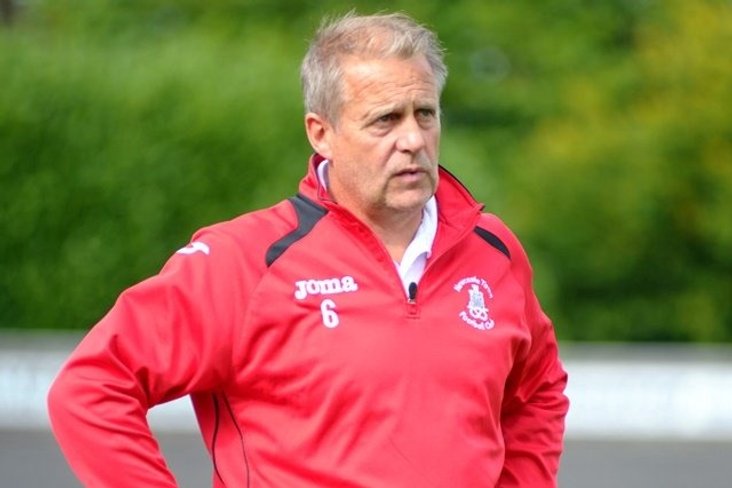 "Robin is hoping to be back by Monday 16 to see his two sons Jack and Tom face each other in the Sentinel Cup Final at Vale Park where Newcastle have made history by getting two teams through to the final."

Van der Laan became a hero with Vale fans for his swashbuckling performances after manager John Rudge brought him to the Potteries in 1991 in an £80,000 deal from Dutch outfit Wageningen.

After playing a key role in the 1993-94 side which won promotion back to what is now the Championship, the midfielder went on to play 210 games for Vale – including two at Wembley – and scored 27 goals.

After switching to Derby in 1995, Van der Laan led them to promotion to the Premier League in 1995-96 after scoring against Crystal Palace to clinch their promotion.

Van Der Laan's scare comes after former manager Ivan Lodge announced two weeks ago that he was standing down to concentrate on recovering from his recent stroke.

The 53-year-old, who suffered a stroke back in March while on the way home from a short break, is on the mend and was well enough to return to the EVO-STIK NPL First Division South club's home before the season ended to see them in action.

 Kelly returns for permanent post Darren Kelly has been named as the new manager of Hyde United after taking charge of their final six games of the EVO-STIK Northern Premier League season.

Countdown to community crowning!  The nominations process to crown the 2015-16 EVO-STIK Northern Premier League Community Club of the Year is underway!