Scott Dundas 'delighted' to be back at Kidsgrove 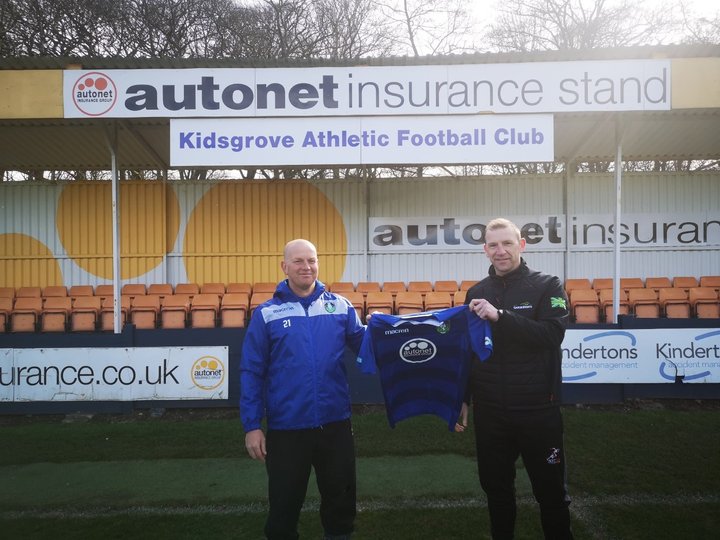 Scott Dundas talks to Kidsgrove Athletic about his return to the club as manager.

Dundas, who famously scored 53 goals in one season in the 97/98 campaign, helped the Grove to a League title, a League Cup and a famous run to the FA Vase Semi-Final in his tenure with the club.

The former Chasetown, Norton United and Newcastle Town manager takes over from Ryan Austin who left the club last week after just over three years in charge.

“It all seems surreal considering the circumstance at the moment but I’m absolutely delighted to be the Kidsgrove manager.”

“It’s difficult to start planning at the moment with everything going on as we don’t know if the season will finish. If it does we’ll have to see what league we’re due to the restructuring and plan accordingly to get the right people in.”

Dundas also spoke the aspirations he has for his new side going forward.

"We want to get the players in who will know the league and ultimately compete at the right end of the table,” he said.

“You can expect my side to play fast, attractive football and be disciplined. My teams score goals so if we can find our feet early on we’ll be on the right track.”

Dundas, who was previously the record goal scorer for the club before being surpassed by current club captain Anthony Malbon, reminisced on his fruitful time at the Grove as a player.

“I started in 1992 under Pete Ward before moving to Newcastle but I came back and made great memories,” he continued.

“Scoring 53 goals in a season, winning the league and league cup on top of an FA Vase semi-final run produced some fantastic moments. So to come back as manager is great.”

As announced yesterday, Club captain Anthony Malbon agreed a new two-year deal with the club, and Dundas is thrilled to have him on board.

“It was great news. I had a good chat with Malbs yesterday and it’s important we get him fit and ready for whenever the time comes when we start playing again. I want defenders to have a fear factor when they see his name on the team sheet.”

 Statement: 2019/20 season The Northern Premier League would like to update supporters on the current situation.

Kidsgrove legend returns to club as manager  Kidsgrove Athletic have announced club legend Scott Dundas as the new manager of the club.