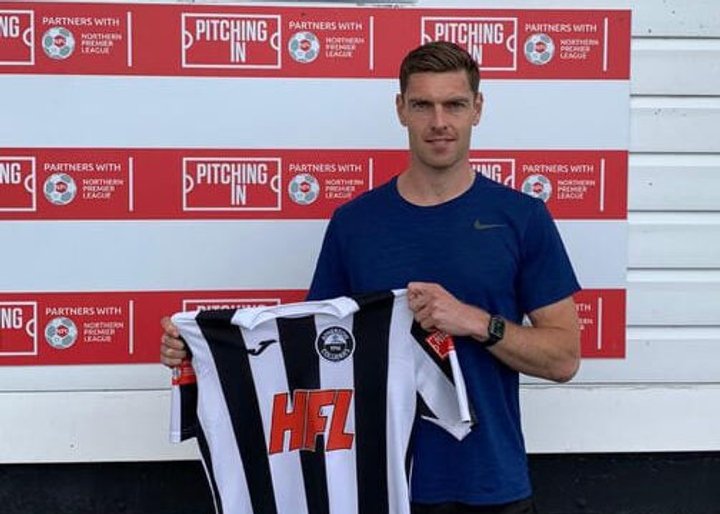 Sephton makes the move from Stalybridge Celtic, where he captained the side over the curtailed 2020/21 season.

The midfielder has also appeared for clubs including Warrington Town, Buxton, Trafford, Porthmadog, Prescot and Ashton United over the course of his career, after initially breaking through from the youth ranks of Leigh Genesis during their Unibond Premier Division days.

Speaking on the new signing, manager Brad Cooke said: “We are delighted to get Scott over the line. He brings a wealth of experience at this level, and as somebody I’ve played against I’ve admired him for a long time.

“He is a leader, he is big and strong and he can play in a number of positions. It’s an excellent signing for the football club!”