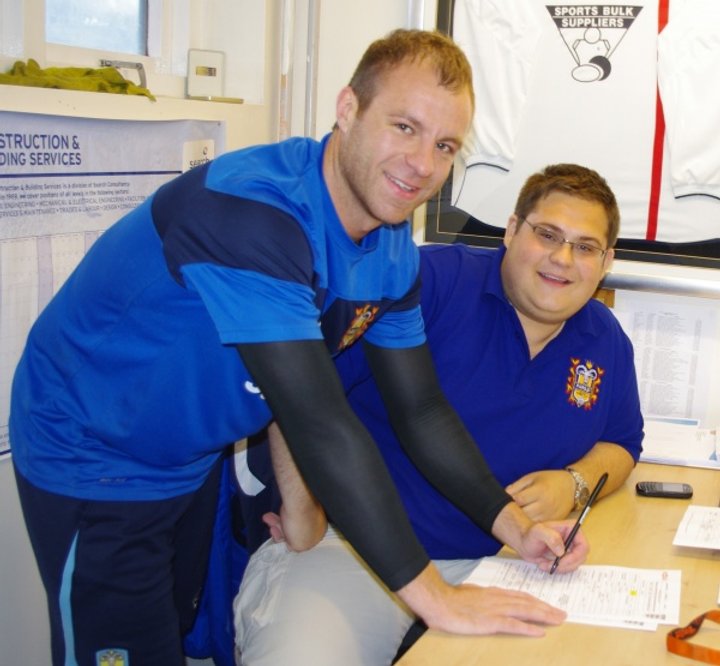 Keeper Tom Morgan was the first player to show his allegiance to Farsley and he was followed by Tom Taylor, Tom Jackson, Ryan Watson, Ryan Serrant and Ben Jones.

Parsley was pleased to see the first set of troops pledge to stay with the club and he admitted he hopes to mount a title bid again.

“Most of the boys from last season are going to stay and over the next few sessions we will be signing them on,” he said.

“Promotion is the aim this season again, but it will be more difficult because of the league we are going into.

“I know a little bit about the majority of the teams in the league, but let’s get set-up and see how things go.”

Over 20 players attended the first training session on Hainsworth Park – nearly all of the championship winning team were present.

There were blasts from the past, along with new trialists on show and Parsley revealed the upcoming sessions won’t be too heavy.

“It was a good turnout, but we did have a few missing because of holidays,” he said.

“The first few sessions will be fitness based, it’s nothing too bad, we’ll ease our way back into it.”