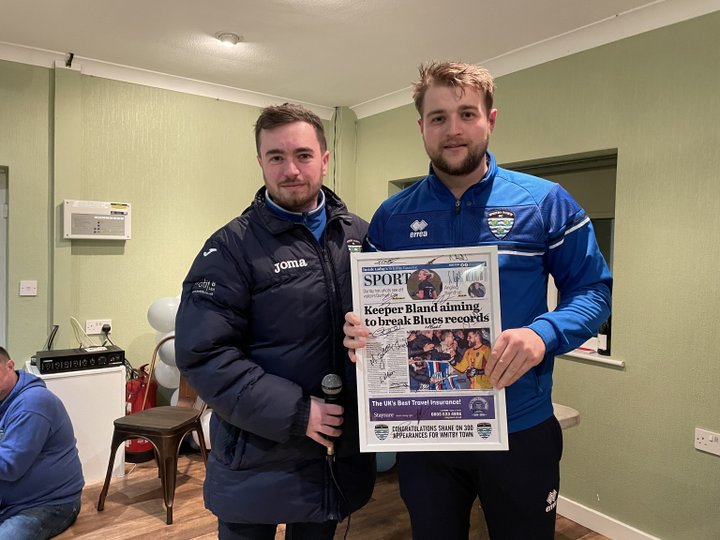 Bland originally signed with the club in 2013, and is currently enjoying his second stint at the Pitching In Northern Premier League Premier Division side, re-joining in May 2019 from West Auckland Town.

He was selected as the club captain in the summer of 2020 and was first signed from Middlesbrough in 2013, where he began his career.

The 27-year-old made his 300th club appearance at the Towbar Express Stadium at the Turnbull Ground against Mickleover, in which is side won 4-2 in front of 342 spectators.

“It’s something I wouldn’t think I’d do at the age of 27. To get to such a big milestone for one club is a privilege.

“There’s most definitely more games to come. I’m comfortable at Whitby, it’s a fantastic, friendly club who have faith in me no matter what the outcome is on a match day and hopefully we can break a few records.

“My goals is to keep as many clean sheets as possible, that’s my job to do that, but hopefully continue the way we are performing.”

The Seasiders currently sit sixth in the Premier Division table, and host Grantham Town this weekend in the final game before Christmas.

“I think the main aim is to not get carried away with ourselves,” Bland added.

“Everybody knows how tough this league is and one or two slip ups can get you punished, but we’ve just got to take every game as it comes and stay in around the play-off positions.”