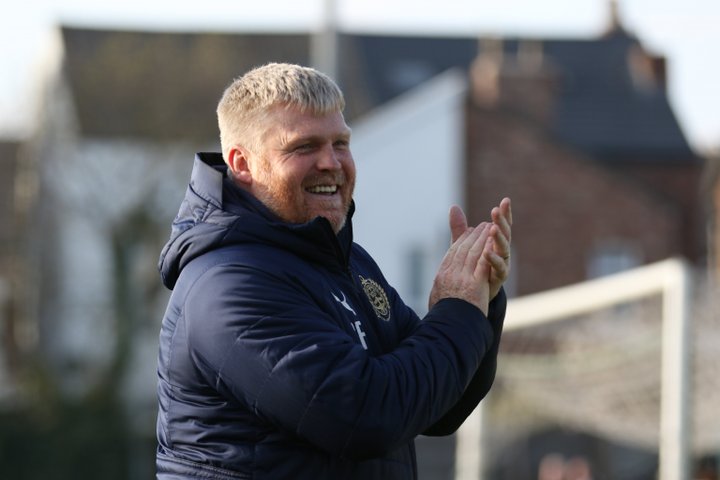 Graham Fenton is swapping the dugout for the saddle as he embarks on a gruelling bike ride in aid of a cancer charity.

The South Shields manager will join a group of friends in cycling from Tynemouth to London in memory of Katie Duff, who tragically died after a battle with cancer aged just 14 last year.

The ride, which is expected to take three-and-a-half days and cover 350 miles, will raise funds for the Teenage Cancer Trust to benefit families who experience today what none should endure in a lifetime.

It will begin on Wednesday, June 30 at Tynemouth Priory, with Graham and his team due to reach the finishing line at the gates of Buckingham Palace on Saturday, July 3.

Graham said: “Katie will be sorely missed but never forgotten and we just wanted to do something in her memory to help other families going through such difficult experiences.

“We know that this is going to be a tough challenge but we’re looking forward to it and just want to raise as much money as possible along the way in honour of Katie.

“It would be hugely appreciated if anyone could contribute – no matter how big or small – towards the cause.”

Graham has been a keen cyclist since his playing days, which included spells with the likes of Aston Villa, Blackburn Rovers and Leicester City.

He has taken part in cycling challenges for charity previously – notably in 2016, when he was part of a team which covered 220 miles from North Shields to Chester – but this is set to be his most difficult yet.

Graham, who joined the Mariners as joint manager in September 2016 before taking sole charge of the team last November, added: “I’m expecting it to be a very big physical challenge because we’re going to have to cover roughly 100 miles a day to hit our target.

“We’ve done one bike ride together and completed just over 100 miles on that occasion in a day.

“We found that extremely difficult so going that distance for three-and-a-half days in a row is going to be very, very tough and we’ll have to dig deep at times.

“We’re looking forward to giving it everything we’ve got for such a good cause.”

Anyone who would like to donate to the fundraiser can do so by going to https://uk.virginmoneygiving.com/team/TynemouthtoLondonlycralads. A total of £4,156 has been raised so far.

Nesbitt joins Loughborough as Steadman re-signs  Loughborough Dynamo have announced the signing of forward Ryan Nesbitt while Alex Steadman has committed to the Pitching In Northern Premier League 2021/22 season.