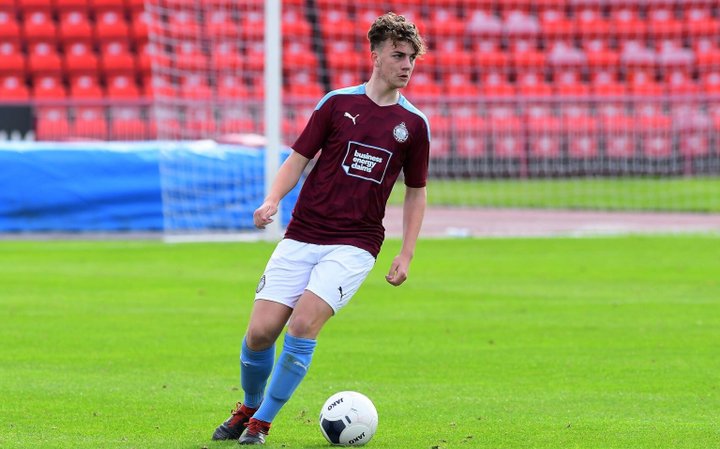 South Shields have promoted academy youngster Dominic Agnew to the first-team on a two-year deal.

The 18-year-old signs his first senior contract with the club, having impressed in the academy set-up in the 2020-21 season and earning a number of call-ups to the first-team squad before the campaign was curtailed.

Manager Graham Fenton said: “We’re delighted that Dom has signed a two-year contract with us.

“He is a defender of real potential, as many of our supporters will have seen first-hand when he produced an impressive 90 minute performance in the friendly against York City last summer, and we are looking forward to seeing how he continues to develop.

“It is always brilliant for us as a club when our academy players progress into the first-team set-up, and it’s testament to the fantastic coaching they receive while in the academy.

“Opportunities like this are also earned through a lot of hard work and Dom has certainly demonstrated a lot of that during his time with us, but as with all players that hard work must now continue if they are to force their way into our selection thoughts.

“Dom certainly has the ability to perform at first-team level and now it’s up to him to continue working hard and then grasp the chances he gets to establish himself.”

The club also recently promoted Joao Gomes to the first-team from the club's academy.

 The NPL Show: May 4th Ben shoots for the stars with this week's NPL Show