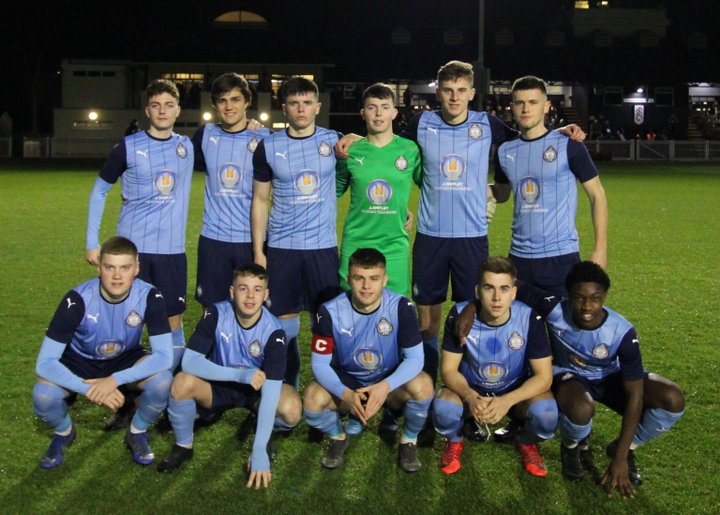 South Shields reached the third round of the FA Youth Cup for the first time in the club's history, and were defeated 10-1 by Fulham at Motspur Park.

Fulham currently sit top of the Barclays U18 Premier League, and are yet to lose in the league this season.

The young Mariners defeated Gateshead, Carlisle City, North Shields, Harrogate Town, Morecambe and Hartlepool United along the way to the third round, in which they spent two days in the capital ahead of the fixture.

Rob Ryland scored the only goal of the evening for South Shields.

The club wrote on social media last night: "We'll arrive back in South Shields at close to 4am after a memorable two days in the capital.

"More memories and experience gained by a group who conducted themselves admirably on and off the pitch.

"They have been unfailingly respectful and hard-working, and their tremendous team spirit has been in evidence throughout the trip.

"It's onwards and upwards for this group of players, who tonight came up against an outstanding team which has every chance of going all the way."

The first team take on Southport at Mariners Park this Saturday in the FA Trophy.

Tom Warren signs new Yellows deal  Warrington Town have announced that Tom Warren has signed a contract extension until at least the end of next season.