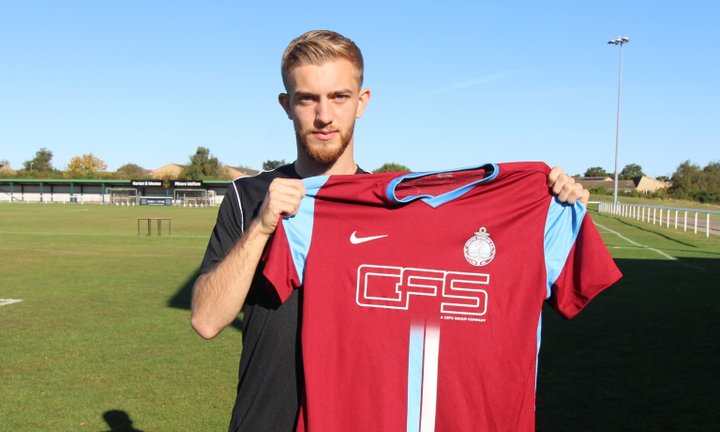 South Shields have completed the signing of forward Callum Stead.

The 21-year-old joins after an impressive stint with Pitching In Southern League side Hitchin Town, where he scored four goals in the opening six games of this season.

He is now set for a full week of training with his new team-mates as he competes for a place in the Shields squad for Saturday’s league game against Warrington Town at 1st Cloud Arena.

Stead said: “This is a great opportunity for me and I’m excited to be here.

“It’s a new challenge which I’m really looking forward to because I want to help the team achieve its goals.

“The club is on the up and it felt right from the moment signing here was a possibility.

“Now I just can’t wait to get to know the lads and pull on a South Shields shirt for the first time.”

“From what we have seen and heard about him Callum is a natural goalscorer, hence his impressive figures so far this season with Hitchin Town.

“He will provide us with more competition at the top end of the pitch, which can only be healthy for the squad.

“We’re looking for everyone in those positions to keep pushing each other to higher standards, and an addition like this is sure to help strengthen that.

“We wish Callum all the best and are looking forward to working with him.”