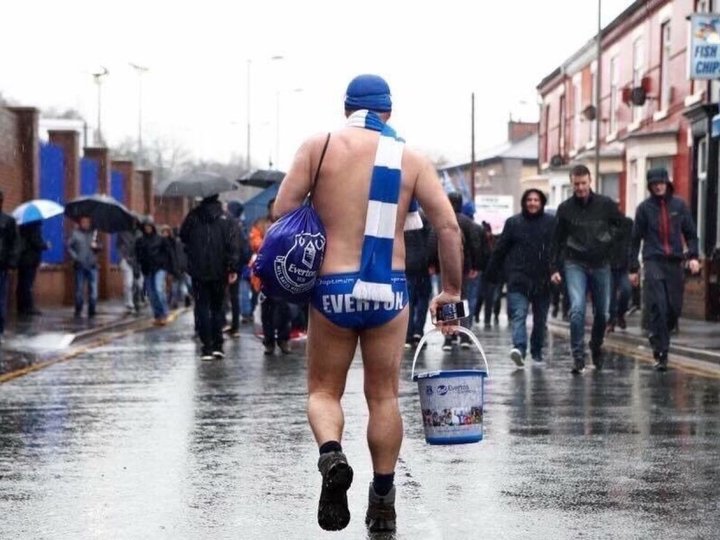 SpeedoMick is set to attend BetVictor Northern Premier League top of the table clash between Marine and Ramsbottom United.

It will be his first Liverpool homecoming weekend since his epic John O’Groats to Land’s End trek. Starting the walk in December and battling through freezing conditions and storms, Mick finished on 22nd February and has raised an incredible £500,000 for his
charity Leave The Light On.

Mick is continuing to raise awareness and fundraise for the charity which provides help and support to anyone, young or old, who feels isolated and is suffering. They create community projects for disadvantaged people, creating opportunities to bring people together to overcome isolation and experience positive attention and affirmation.

This Saturday, SpeedoMick will attend the pre-match hospitality at Marine where there will be a raffle to raise money for his charity. There will be bucket collections on Saturday before and during the game and Marine Football Club will present him with a cheque at half time from the clubs Presidents Fund.

There is a small number of pre-match hospitality tickets still available for anybody who wants to join the fun. Tickets cost £25 per head and includes a pre-match 2 course meal, match entry, a free pint, a programme and half time tea/coffee. Anybody who is interested should contact James Leary on 07800509593.

Sarah Golden, PR for SpeedoMick said: “SpeedoMick has had an incredible and overwhelming experience and is looking forward to coming back to Liverpool for the full weekend to thank the people of Sefton and Merseyside for their support on his journey.“

Dave Thompson, club President of Marine Football Club added: “I am absolutely thrilled that SpeedoMick is coming to the Marine Travel Arena to celebrate his fantastic walking achievement and to receiving a cheque from the Presidents Fund for his charity.

"I’m looking forward to being there and congratulating him.”

Callum Patton to undergo surgery  Whitby Town midfielder Callum Patton will undergo ankle surgery and will be out for the rest of the season, the club has confirmed.