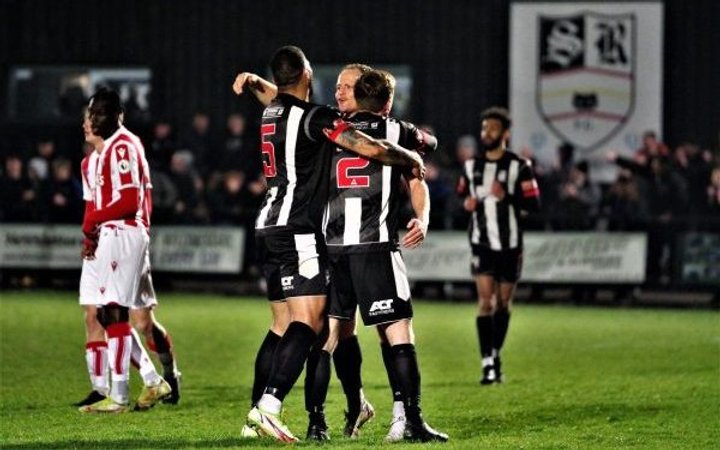 Matt Hill’s side, who have enjoyed a solid season in the Northern Premier League Premier Division, reached the final with a 2-0 win.

The crowd of 608 at Marston Road was the largest for a home Staffordshire Senior Cup tie since a 2-0 win over Tamworth in January 1989.

Joe Dunne and Tom Tonks scored in either half as Stafford saw off a youthful side from their EFL neighbours.

Fellow NPL side Leek Town missed out on meeting them in the final at Burton Albion’s Pirelli Stadium on May 4.

Leek were beaten 8-7 on penalties by Stone Old Alleynians after a 1-1 draw.