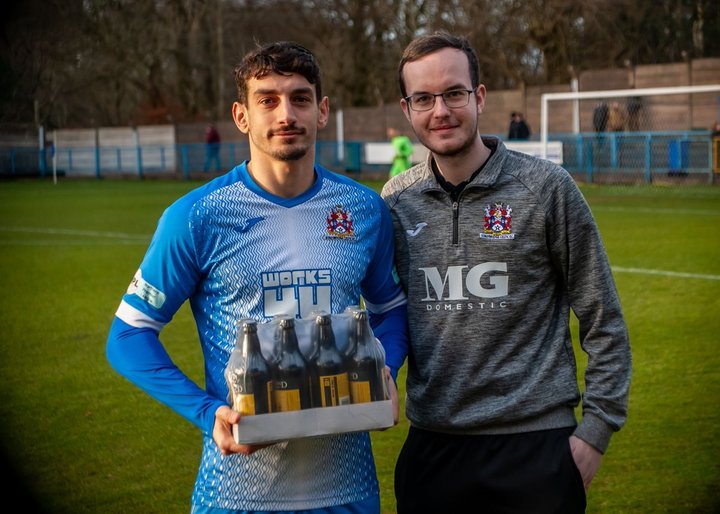 Knox, 21, previously played under Simon Haworth at Clitheroe before moving to Colne in December 2017.

He said: “I’m delighted to be signing for Stalybridge and I’m looking forward to a new challenge in a different league, hopefully I can help the team get as many wins as possible.

“I can’t wait to get started.”

Ustabasi arrived at Bower Fold back in September and scored four goals in his first season, earning him the Fans Player of the Year award.

“Brad came to me in my first season at Clitheroe when he was only 16. He’s a very good footballer and scored some good goals for me.

“He can do a bit of everything but it’s very much about Brad getting his head down and working hard and realising that he can fulfil some of his potential.”

Double signing for Witton  Witton Albion have made a double signing ahead of the 2020-21 season with Scott Bakkor returning to the club from Stalybridge Celtic and Josh Gregory arriving from Prescot Cables.