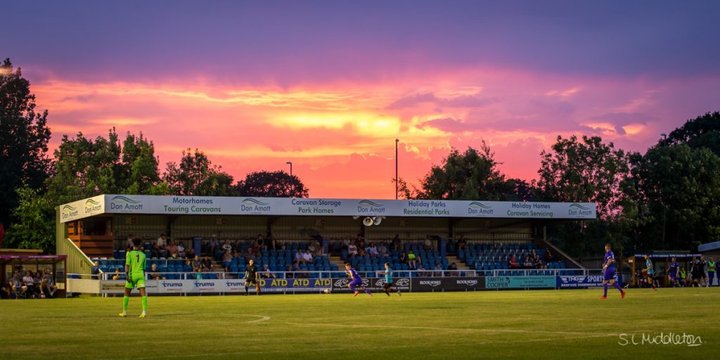 Mickleover forward George Milner believes a strong work rate has been key to the club’s success so far this season as John McGrath’s side sit top of the Pitching In Northern Premier League Premier Division.

The Don Amott Arena side have recorded six wins, one draw and two losses so far this season, and claimed their spot at the top with a 4-0 victory over Nantwich Town before lockdown.

Milner, who began his career with Chesterfield’s Academy, joined Mickleover in pre-season having previously impressed at Pitching In Northern Premier League S/East side Belper Town.

He said: “I believe work rate has been the key for us being top of the table. It’s infectious, we all work for each other and we all put in the yards - each and every player.

“I think it has been a very good start to the season for us as we were one of the favourites to go down, but we have only completed a small part of the season and there is plenty to still play for so we must not get complacent."

On the victory over the Dabbers before lockdown, he added: “It was a great way to go into the break. We knew before that there was a possibility for us to go top and if that doesn’t give us motivation nothing will.

“It wasn’t just the result that was impressive, the performance of the team was probably one of the best of the season so far.”

The club has played nine league games so far this season, as well as success in the FA Trophy, defeating Dereham Town 5-0 in the Third Qualifying Round.

Milner says the team have continued to stay in touch and train from home, with fitness sessions from a teammate.

“We have been staying in touch a couple times a week,” he said.

“We have been on Zoom doing some circuit training, our centre half Phil Watt is a personal trainer so he has been leading it and let’s just say it isn’t easy.

“We have also been given a plan from the physio to follow, so we are keeping up the fitness levels and working extra hard so we can hit the ground running when we get back.

“The goal is to keep the train going, we are flying at the moment, so we need to keep up the same work rate, levels and performances and hopefully we will be up there at the end of the season. Not many people would have given us that, so we are here to prove them wrong.”