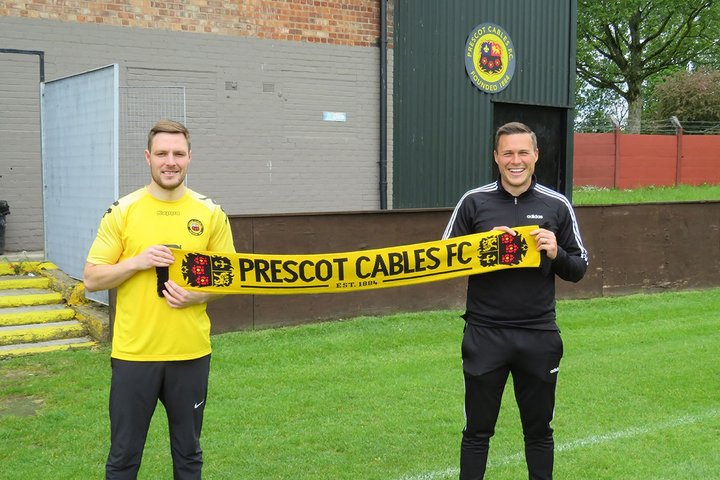 Tames, 29, previously played for the Pesky Bulls in 2011/12, scoring 18 goals in 51 appearances before moving on to Southport.

Manager Craig Davies said: “Steven is a goal scorer, pure and simple. He has a phenomenal scoring record at every club he has represented and once we knew he was interested in returning to the club, it was a no-brainer to try and get the deal done.

“His signing is a massive statement of intent by the management team and is an indication of what we are trying to achieve here.

“We are delighted that Steven has committed to coming back to Cables and we cannot wait for him to hit the ground running.”

Tames was on course to be the Welsh Premier League’s top scorer before an injury left him with 19 goals in 30 matches during the 2018/19 season, and he also played in the UEFA Europa League.

The striker said: “I’m really happy to be returning to my local club. After speaking to the manager, his vision for the team and the club is one that excites me.

“Once I knew how much he wanted me to be a part of the team he is building here it was something I really wanted to do.

“I believe we should be pushing for promotion and I want to help the club push to where they want to be.”