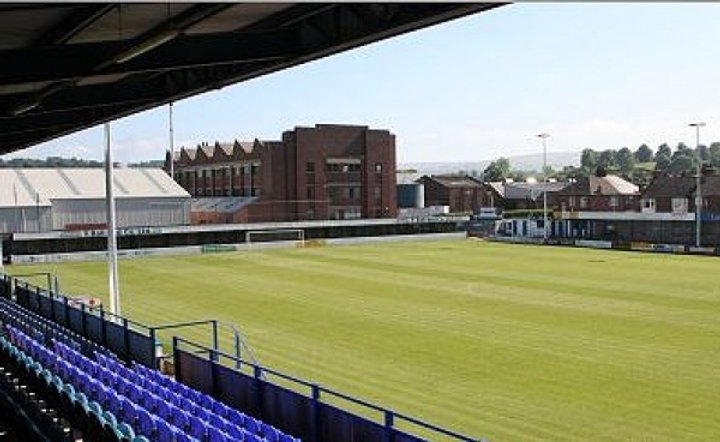 Leek Town manager Lee Casswell has boosted his squad by signing no fewer than three quality payers on the eve of the recent home game against Romulus.

Ben Chapman, 20, is no stranger to Harrison Park having already played for Blues on loan from Nantwich Town earlier this season as cover for the injured Danny Roberts.

The giant keeper, who also enjoyed a one-month loan spell at Newcastle Town this term has been signed by Casswell on a permanent basis after he was released from his contract at the Weaver Stadium by mutual consent.

Chapman joined Nantwich during the 2009 close season from Hanley Town following trials with both Manchester City and Manchester United.

Nineteen-year old Lane progressed through the youth set-up at the Moss Rose and was awarded his first contract last summer after playing at centre-back for the reserves.

Lane has already had a taste of Evo-Stik League football this season after spending a month on loan at Newcastle Town.

Roberts, 20, graduated from the Silkmen’s youth team to be handed a contract in the summer of 2010 and came off the bench twice in the final two games of last season to earn another 12-month contract.

All three new signings went straight into the side for the home game against Romulus last week when Leek picked up all three points and kept a welcome clean sheet whilst Roberts celebrated his inclusion with the third goal of the night.

More player news
Leek Town manager Lee Casswell expects to complete his signings for the foreseeable future with the capture of Potteries’ based young striker Jamie Turner from Congleton Town who was spotted playing Sunday soccer.

Casswell served the required 7-day notice of approach for the 18-year old who trialled at Manchester United and is expected to complete his move to Harrison Park on Monday in time for the home game against table-topping Grantham on Tuesday.

He joined Leek from Rainworth Miners Welfare in December 2011as cover for Dan Roberts and went on to play 10 games and kept two clean sheets before losing his place to the returning Ben Chapman..

McCormack started his career at Mansfield Town's centre of excellence before spending four years on the books of Coventry City.

Whilst at Coventry he won two caps for Ireland Under-17s before joining Alfreton Town in 2008 where he spent three seasons.

Leek Town has announced details of their innovative Comedy & Curry Night to be held in the Blues Bar on Saturday 31 March after the home game against Loughborough Dynamo.

Top International comedian Frankie Allen will be appearing and the curry will be provided Moorland Balti. There will also be a disco after the main event.