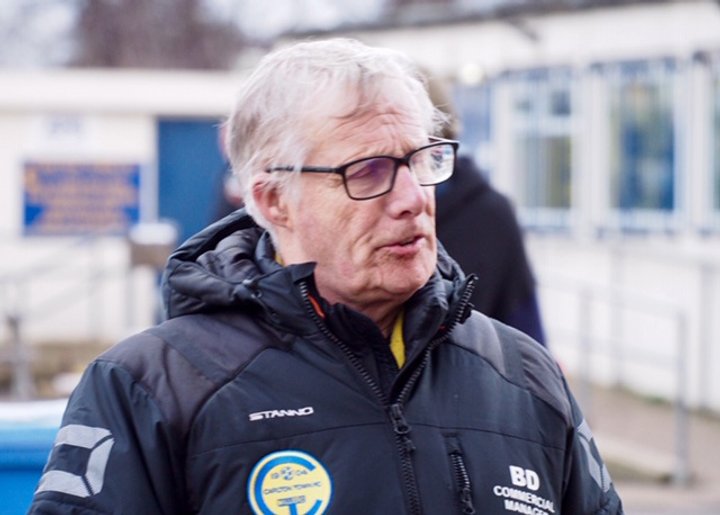 Tributes have been pouring in for Carlton Town stalwart Brian Dennett, who has sadly passed away after contracting COVID-19.

Well-known on the non-league scene, particularly around Nottinghamshire, Brian had been Commercial Manager for the best part of a decade at the club, having previously served as press officer.

He was a popular and recognisable figure within the club, who have already decided to rename the Academy suite at the ground in his honour.

Such was his dedication to the club and his role, that even after doctors had told him they could do no more for him, he was contacting sponsors to remind them to back the club at an upcoming game.

Club president, Roger Smith, said: “In every football club, there is always a character and Brian was the one at CTFC for all the fund raising and meeting people which he loved to do, this was his life. His friendship and his smile will be sadly missed by everyone in the football circle but will never be forgotten.”

Joint manager Mark Harvey: “A true legend of local football and will be sadly missed by everyone who met him.”

Club legend Martin Ball: “The effect he’s had on Carlton in particular and all of Nottingham non-league football will never be forgotten. Rest in Peace Brian, you will be greatly missed.”

Vice chairman Barry North and Vice President Jackie North: "Our hearts go out to his family at this very sad time. Brian was a kind and caring friend with a heart of gold. Brian will be greatly missed at Charlton Town Football Club and in the football world. We are proud to have been friends with you for many years.”

Friend Brian Jennings: “There was always something about Brian that would make you smile and over the last eight years he did that each time we met up. I will miss you my friend, thanks for everything.”

Carlton Town legend Grant Brindley: “I was really sad to hear the passing of Brian last night, his knowledge of non-league football was second to none, he just seemed to know every player and member of staff everywhere he went.”

The full tributes can be read on the official club website here.

Everyone at the Northern Premier League passes on their sincere condolences to Brian's family, friends and everyone at Carlton Town.

 Basford get FA Youth Cup boost Basford United’s youngsters will still get their chance to take on their counterparts from Premier League side West Bromwich Albion.