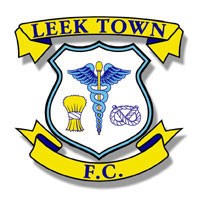 Both players failed to show for the friendly against FC United on Saturday and Bake took decisive action to exclude both players from the squad.

Blues’ trialist Glynn Mellor was allowed to play for local side Ball Haye Green at the weekend to regain match fitness whilst Darren Tinson, Ben Nixon and Richard Minor all missed the FC United game due to holidays whilst Michael Morton (inj) and Tom Sellers (ill) also missed the game.

Baker took the opportunity to look at a couple of trialists during the home friendly on Saturday with defender Hayden Johnson and midfielder Karl Miller coming on as second half substitutes.

Johnson was recently released by Burton Albion whilst Miller was spotted playing for Leek CSOB.

With just two weeks to go before the league campaign kicks off, Baker has not ruled out the possibility of new signings with a second goalkeeper a top priority as cover for Danny Roberts.

Meanwhile, striker Dan Cope faces surgery on his damaged knee after an MRI scan confirmed the specialist’s diagnosis. Cope will undergo keyhole surgery to repair a damaged meniscus after which he will be out of action for a further two weeks.

The Leek Town Monthly Draw for July was made at Harrison Park last Thursday night and the results are as follows:

There were 291 entries – the draw was conducted by Paul Bateman and was checked and verified by:
Kaye Brown Of 145 Uttoxeter Road, Draycott, Stoke on Trent Staffs, ST11 9AB