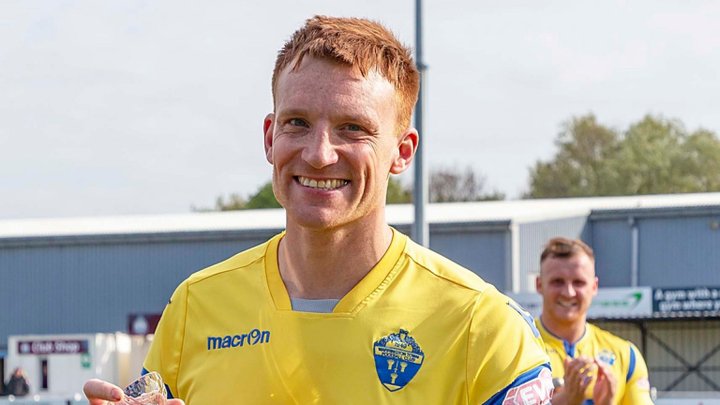 Roberts, 38, has spent the last four seasons of his glittering career at Cantilever Park, where he was a virtual ever-present, scoring 10 goals in 145 appearances.

He is a three-time play-off winner, having been part of the Yellows team that won the 2018/19 NPL play-offs, adding to successes with Stevenage and Fleetwood Town (both League Two) earlier in his career.

In total, Roberts played more than 660 games in his career for 12 different clubs, including four on loan away from Crewe Alexandra earlier in his playing days.

The club had made an offer to Roberts to play on for the 2022/23 Pitching In Northern Premier League season, but he has instead opted to hang up his boots.

Following the announcement, Roberts penned an open letter to club supporters, stating that he had "nothing but fond memories" following his time at the Yellows.

He added: "When I left school at 16 to pursue my dream of becoming a professional footballer little did I know then how long my playing career would last or where it would take me.

"Fast forward 22 years and I stand here today incredibly proud and undeniably grateful for what an unpredictable journey it has been."