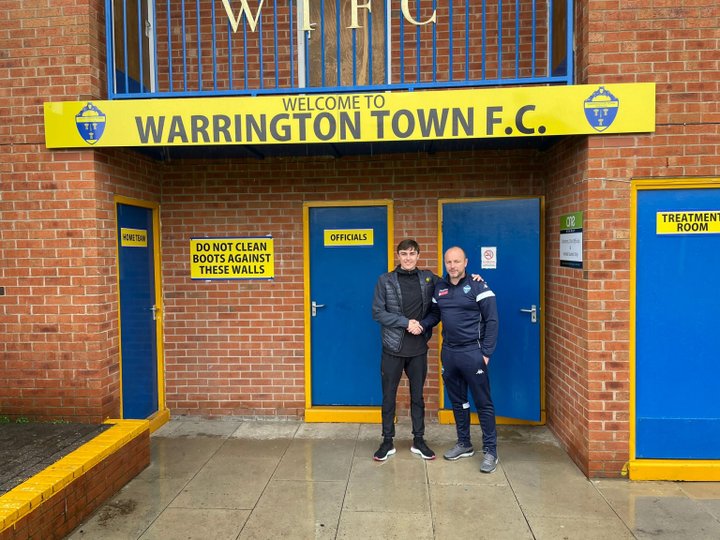 Warrington Town have announced the signing of midfielder Luke Griffiths.

Griffiths, 23, joins having spent the last two seasons with FC United of Manchester.

Prior to that, he came through the youth system at Bolton Wanderers and has also spent spells at Runcorn Linnets, Marine and Prescot Cables.

“It gives us someone who knows the league, is of a good age and wants to go higher,” said manager Paul Carden.

“He was unfortunate with a couple of situations in the summer where he was told he was getting something at clubs higher up, but changes in circumstances meant he was left disappointed.

“We’ve picked the pieces up – he’s still serving a four-match ban unfortunately but he’s certainly someone who puts their foot on the ball in the middle of the pitch.

“He’ll get a pass in and aim to get some control, which is what we’ve been looking for.

“He gives us a lot of ability in that area.”