Watson, pictured, has vast experience in the game having been assistant manager at the highest level in Scotland and England with the likes of Glasgow Rangers and Birmingham City, as well as with the Scottish national side.

The 56-year-old former Aberdeen, Leeds United, Heart of Midlothian and Hibernian midfielder will take the helm for the first time on Saturday when the Robins host Buxton in the top flight.

Strachan, who holds a UEFA Pro Licence and joined the Premier Division club in May as the successor to Kevin Wilson, worked with Sir Alex Ferguson's son at Peterborough United before his second spell as Posh boss ended in February. 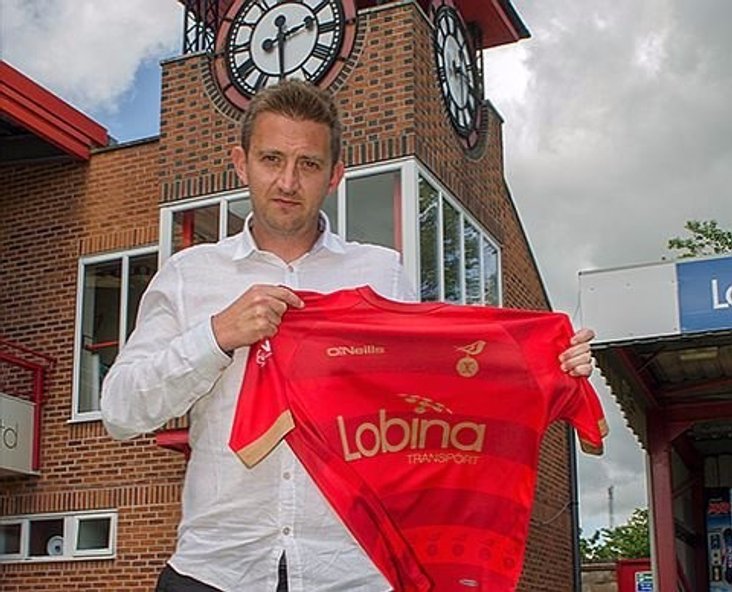 The 36-year-old's departure from the New Manor Ground was announced late on Thursday afternoon after Ferguson's expected appointment at the League One club was confirmed earlier in the day.

Officials at the Premier Division club also confirmed that they would be compensated for Strachan's early exit after Donny approached them on Thursday for his services.

Strachan left with the club sitting in the top half of the table with five wins and five draws so far and a spokesman said: "There had been much speculation on social media all day and despite many media outlets reporting the move being confirmed as early as 9am, the move was only confirmed at 4.25pm today. An approach to speak to Strachan was made to the club at 3pm yesterday and a sizeable compensation package has been agreed between the two clubs."

Ilkeston FC CEO Nigel Harrop wished their former manager well and thanked him for his services after admitting that he'd always known his stay was likely to be short considering his reputation.

Harrop said: “When you appoint someone with the potential, capability and calibre of Gavin, you know that one day the phone will ring, it just happens that it rang sooner than we expected. In the short time that he’s been here, Gavin has started to build a squad and back room staff which will stand Ilkeston FC in good stead and I can’t thank him enough for that.”

He added: “It’s been great working with him and everyone at the club wishes him well and he’ll always be very welcome here at the New Manor Ground.”

Strachan brought in Watson during the summer and he backed him to build on their early success working together.

“I think it’s absolutely brilliant that Andy Watson will be taking over from me," said Strachan. "Given his pedigree, I was absolutely stunned when he agreed to join us in the first place.

"I have to say that working with him every day was an honour, I’ve learnt so much from him, he’s the ideal man to continue our work.”