West Round-up: Radcliffe and Rams turn up the heat 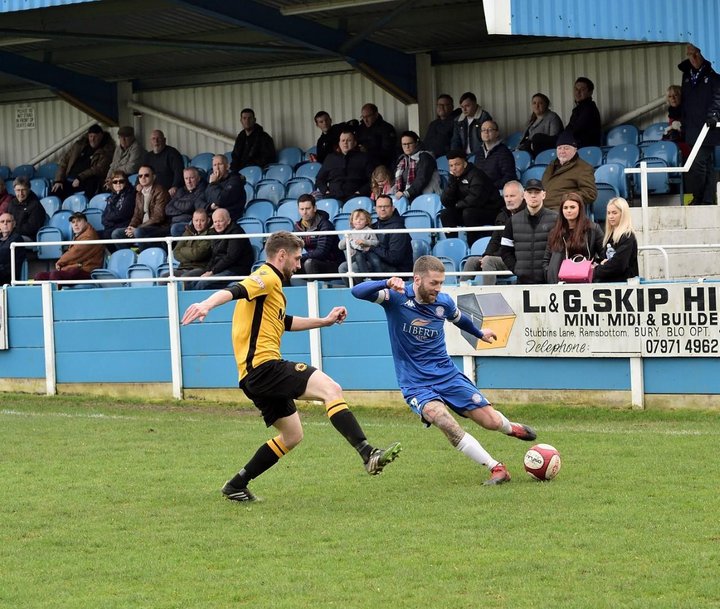 Radcliffe won their top of the table tussle with Runcorn Linnets to move within a point of leaders Atherton Collieries.

Colls were out of action once again, enabling Boro to close the gap thanks to Callum Grogan’s goal on the stroke of half time.

Jamie Rainford continued his extraordinary run of goalscoring form for Ramsbottom United, to help them to a 2-0 win at home to Prescot Cables.

His 16th goal in 15 games put them in front on 12 minutes, and Spencer Harris made the points safe late on.

That lifts the Rams up to third in the league and in to the race for the title.

Mossley retained the fifth and final play-off place with a goalless draw at home to seventh placed Colne.

That result enabled Leek Town between them to move within a point of the top five with a 4-0 win over Market Drayton Town, thanks to Tim Grice’s hat-trick and Charlie Walford’s goal.

Trafford won back-to-back games for the first time since the start of January as they won 2-0 at Kendal Town.

Liam Ellis’ first half brace may rekindle their hopes of reaching the play-offs.
Just behind them are Colwyn Bay, who won 2-0 at Kidsgrove Athletic, thanks to two goals from Ashley Woods.

At the bottom, Clitheroe pulled off a much needed victory over fellow strugglers Glossop North End, Max Hazeldine scoring both goals in a 2-0 win.

Skelmersdale United remain rooted to the bottom, despite taking the lead through Henoc Mukendi at home to Droylsden.
The Bloods turned it around through Liam Caddick and Domaine Rouse, 10 minutes from time.

Elsewhere, Newcastle Town won 2-1 at home to Widnes, with Jordan Cole and Chris Smith putting them on their way to three points long before George Lomax’s late consolation.

Premier Round-up: Workington claim crucial away win  Workington breathed life in to their survival campaign as they won 1-0 away at Whitby Town.