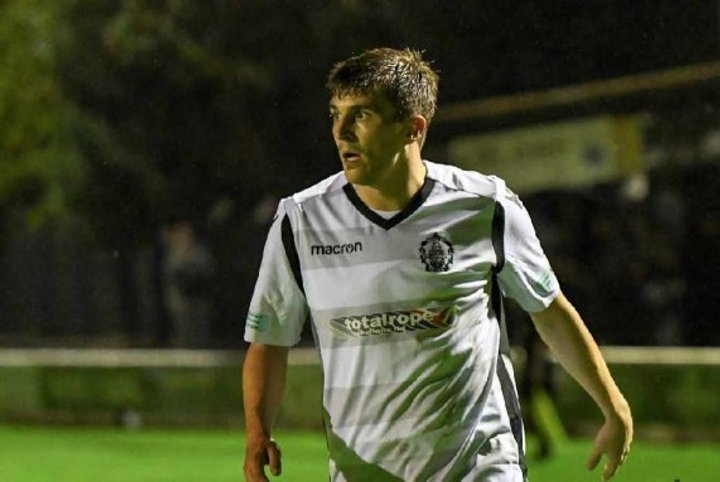 Morgan, 25, has scored five goals in 10 league appearances this season but was struggling with travel commitments.

Co-boss Kev Towey said: "When Adam became available due to issues with travel commitments at Mossley, we couldn't turn down the opportunity to sign him.

"We had a conversation with him and we're really pleased to have fought off competition from other clubs.

"He's a proven goalscorer and in the three games he's featured in against us this season, he was a constant thorn in our side.

"Adam's a fantastic acquisition for the club and a really humble lad who loves football."

A product of the academy at his boyhood club, Morgan played three times for Liverpool in the Europa League.

He was capped by England at Under-17 and 19 level, also featuring in loan spells at Rotherham United and Yeovil Town.

The loan switch to the Glovers (then in the Championship) became permanent in the summer of 2014 after his release by Liverpool, but he was limited to just four appearances and a loan spell at St Johnstone in the Scottish Premiership.

After a spell at Accrington Stanley, he has spent the last four seasons in Non-League football, appearing for Hemel Hempstead Town, Colwyn Bay, two spells at Curzon Ashton, FC Halifax Town and in Ireland for Sligo Rovers.

In his first spell at Curzon, Moran scored a hat-trick against AFC Wimbledon in the first round of the Emirates FA Cup in a tie televised live. Curzon, 3-0 ahead with nine minutes left, lost 4-3.

Morgan has started the season at Mossley, appearing against Widnes on three different occasions.

He could make his Widnes debut in Tuesday night’s Liverpool Senior Cup tie at City of Liverpool.

Woodhouse made to wait for Trinity start  New Gainsborough Trinity manager Curtis Woodhouse will be hoping to take charge of his first match on Tuesday evening.