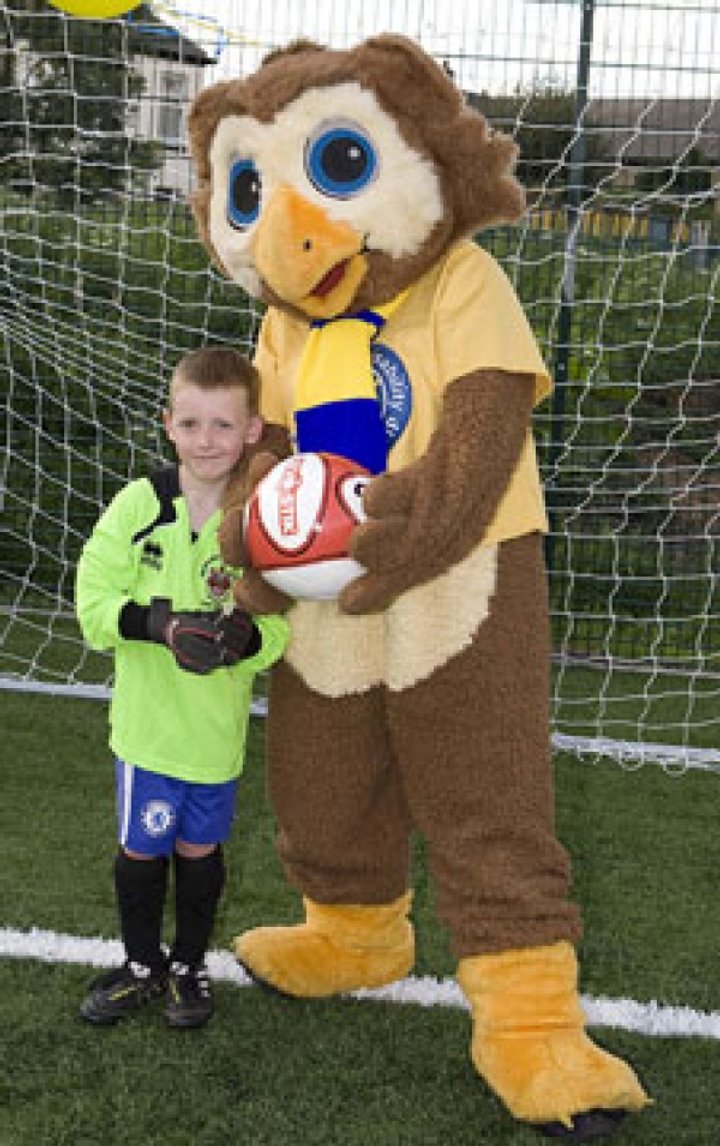 Ollie the Owl to replace 'The Legend'

Warrington Town have swooped to sign Ollie the Owl as their mascot for the 2011-12 season to help promote the good work of local charity Warrington Disability Partnership.

Ollie has been the mascot for a number of years and agreed to fly in as a replacement for the club's previous mascot The Legend which unfortunately went missing after being lent out to a former sponsor.

Club Chairman Gary Skentelbery, who is also a Trustee at WDP said: "Rather than go to the expense of having a new mascot created it made perfect sense to sign Ollie on loan for this season.

"It gives the club a mascot while at the same time helps raise the profile of a local charity."

WDP Chairman Dave Thompson said: "We are delighted Ollie has become the mascot at Warrington Town and hopefully he will help the club fly up the league table!"

While WDP are providing volunteers to help care for Ollie the club is also on the look out for supporters willing to lend a helping hand.