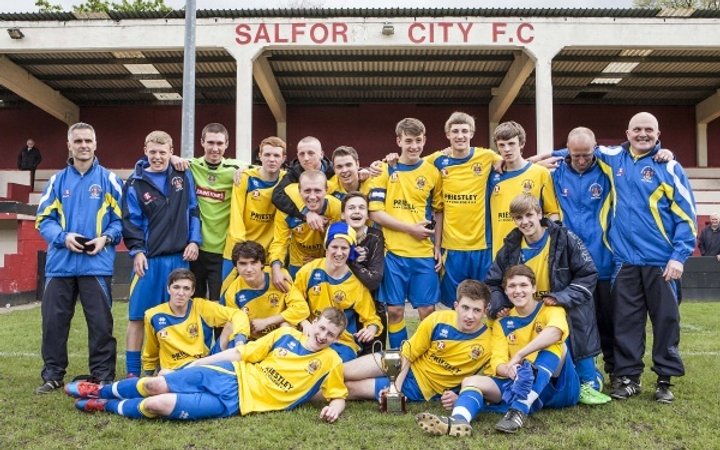 Warrington Town's youth team picked up silverware in their first competitive season, and beat out a fellow Evo-Stik NPL side in the process, defeating FC United of Manchester 4-1 in their league cup final.

James Daniels gave the young Wire the lead and then rose majestically in the box to head towards goal allowing James Anderson to put the pull into the back of the net.
Two second half efforts from Dylan Glass cemented a memorable victory in front of a sizeable crowd at Salford City.

It rounded off a fine first season for manager Chris Wells' team which has provided a number of players for the first team squad throughout the season.

The margin of victory could have been even greater had Glass not squandered an opportunity in front of goal with Oliver Wells also seeing a fine strike well saved by the United keeper.

In a tough physical encounter Warrington lost skipper George Emson, who was forced to limp off early on after a strong challenge but he hobbled back at the end of the game to lift the cup and celebrate with his team mates.

United were much fancied before kick off as the existing league champions, who have won through to three cup finals this season but Warrington stood up to the challenge, emerging with great credit to lift the Neil Thomason Cup.