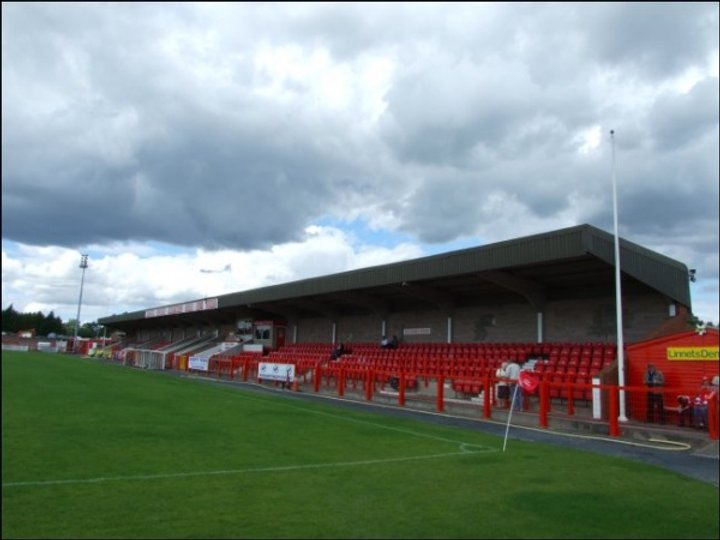 Witton Albion have produced an official DVD of their promotion-winning campaign highlights, which is now on-sale.

The DVD contains two and a half hours of action and goals from the 2011/12 season, with particular emphasis on the run in and play-off games. The final is featured in depth with commentary from BBC Manchester’s Ian Burke and analysis from Ashton United manager Danny Johnson. There are interviews with fans, players, manager Brian Pritchard and assistant Mike Moseley, together with footage of the post-final dressing room celebrations.

Vice Chairman Mark Harris is delighted with the end result. “We have been filming games for some time with a view to producing a compilation. The video captures the emotion of the final in particular and I hope that Albion fans will want to buy one of these as a permanent memento of a remarkable season.”

The DVD is priced £14.99 plus postage and packing and can be ordered from www.wittonalbion.com, clicking on Club Shop.
Online shopping

Witton Albion has launched an online shopping facility, so supporters can now purchase season tickets, replica shirts and the new club DVD direct from their computers or phones, safely and securely.

Initially, a limited range of items are available to purchase, but it is planned that supporters will eventually be able to purchase match tickets and a full range of club merchandise on-line.

With season tickets for Witton Albion’s return to the Evo-Stik NPL Premier Division selling well, the club has also announced that admission prices for first team games will rise for the first time in three years to £9 for adults and £6 for concessions. Season tickets cost £165 or £110 for over 65s and under 14s.

Chairman Ian Dobson said “we’ve been able to hold admission prices for the last few seasons but with fuel prices in particular rising so sharply, our transport costs next season will be significantly higher so we have no choice other than to implement a modest rise. However we have done our research to make sure we are in line with the majority of other clubs in the division.”

Dobson confirmed that the club is looking to expand its community initiatives next season, focussing on discounted admission for schools and other groups. “league rules allow us three dates in the season when we can offer special, promotional prices so we are now looking at how best to take advantage of being the highest placed team in the town”.

Anyone wishing to purchase a season ticket can do so by sending a cheque – payable to Witton Albion FC – to the club. Alternatively payment online can be made at www.wittonalbion.com and click on Club Shop.

There will be an information meeting in the Social Club on Thursday 14th June at 7.30pm. Supporters will have the chance to quiz manager Brian Pritchard on team matters & vice chairman Mark Harris on club matters. An announcement regarding a new shirt sponsor will also be made at this meeting.