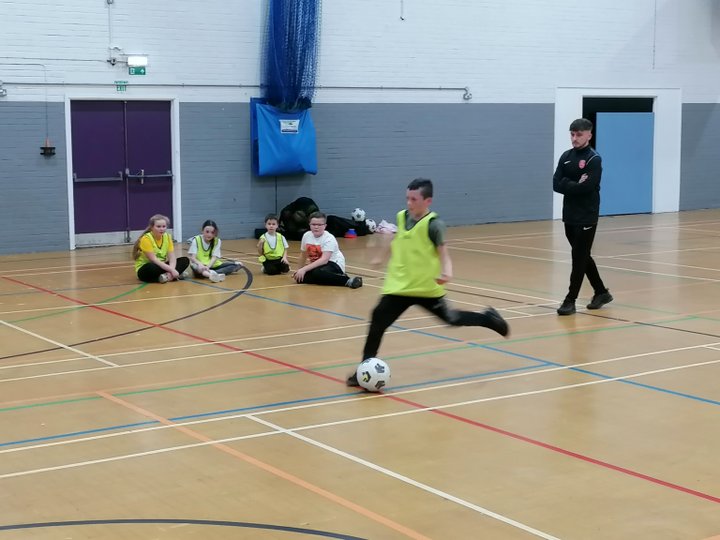 A new initiative aimed at providing an outlet for youngsters in Workington has got off to a flying start with the aid of a vital cash injection.

The Friday Night Project, run by a combination of Workington AFC’s community arm and the South Workington Youth Partnership, started in November and sees children between the ages of nine and 15 take part in weekly football sessions at Moorclose Community Centre.

Reds community director Richard Lewthwaite has been delighted by the programme’s initial impact and hopes to see it continue to grow.

“We’ve seen decent numbers, which are increasing week by week, and we’re catering for the people we said we were going to cater for,” Lewthwaite said. 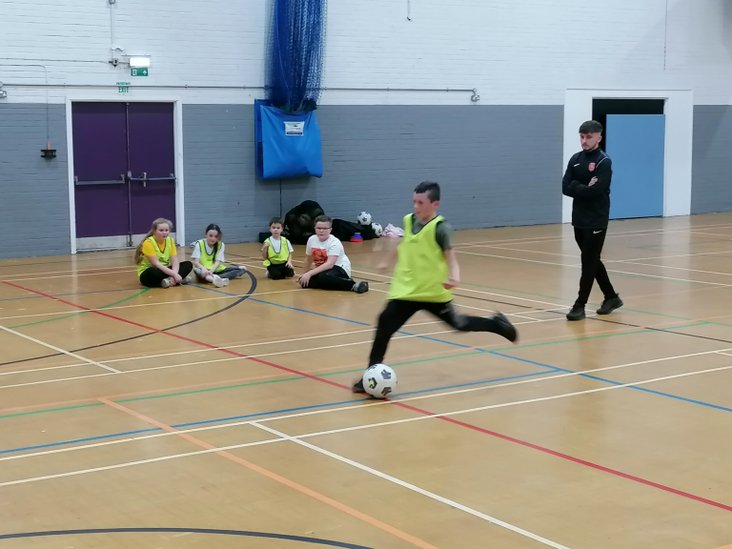 “We’re concentrating on a couple of council wards with a reasonable amount of social and economic issues and the coaching has been really well received by the kids, their parents and the people at Moorclose.

“The important thing is it’s something focused for them every week to turn up, know the facility will be open for them and that provision will be there.

“It’s totally free of charge for the kids and the feedback and behaviour has been really good.

“Some have played a bit of football in the past, some haven’t, and we have some disabled children attending too.

“We’re covering a wide spectrum and the coaches are catering for everyone really well.”

The coaching has been subsidised by a grant the Reds received from the Trident Community Foundation, established by Pitching In – a multi-million-pound grassroots sport investment programme set up by Ladbrokes with the support of its owner Entain

Workington are one of more than 30 teams from across the Pitching In Northern Premier, Isthmian and Southern Leagues to benefit from the grants, which range from £1,000 to £5,000, and the award was particularly timely for Lewthwaite when it arrived in the summer.

“It was a massive plus and it happened on my 50th birthday, so it made my day,” he said.

“It is difficult to get money for these kinds of projects so it’s been a big boost for us.

“We wanted it to be sustainable so we have projected a year’s worth of Friday nights and the funding is enough to have make that happen.

“We are looking to build on it and take it to the next level and we have all sorts of ideas.

“It has been really awkward with Covid but we are looking to develop that community role in a massive way over the next few years.”

Ladbrokes, with the support of its owner Entain, has launched a multi-million pound investment programme, Pitching In, designed to support and promote grassroots sports. For more details see: https://entaingroup.com/sustainability/pitching-in/