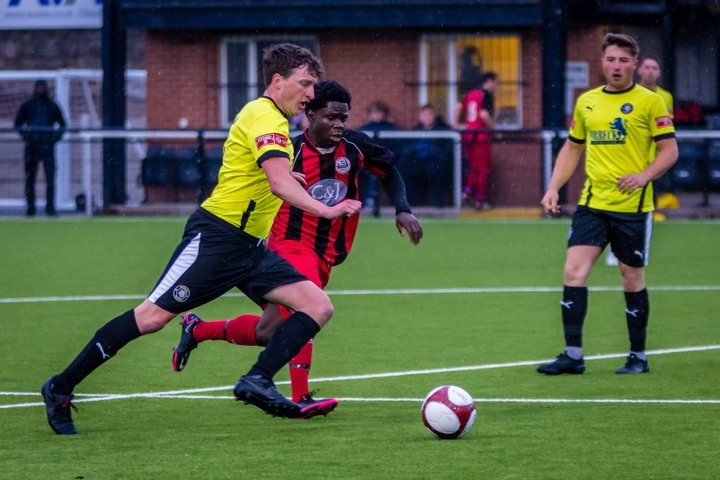 Worksop Town have appointed Jake Picton as club captain for the Pitching In Northern Premier League 2021/22 season, with Cody Cromack named as vice-captain.

Both Picton and Cromack followed manager Craig Parry to the Tigers in 2020.

Picton is an experienced centre-half that has played for a range of different clubs, such as Scunthorpe United, Harrogate Town, Frickley Athletic, North Ferriby United and Gainsborough Trinity.

Parry said: “I think Picko guarantees you 40 games a season. He’s a centre-half that should be playing higher.

“He’s got quality and he’s got the basics of what you need as a centre-half at this level.

“He’s a guy in the changing room that with how we are wanting to move forward, he’s the person who we want to set as that example, and I think he brings that to the team.

“I feel like at whatever level we are working in or whatever we want to deliver as a football club, the captain and the manager has to be close, and with the way we have set out the philosophy and the game plan to move forward as a club, he has the right characteristics to work with me moving forward – I feel like I can work closely with him to drive that changing room forward.”

Cromack began his non-league career at Liversedge FC before being signed as a bright prospect by Parry in the Colls’ first season in the Northern Counties East League.

Parry believes that now is the time for Cromack to step up and show his maturity as a leader.

He continued: “To say that he is a young player, he has a lot of games under his belt.

“Technically, he is very good, and we have to get the right partnership around him and the right combinations.

“But I feel like now is the right time for Cody to step up and grow up from the young kid that people feel he is.

“I feel like now’s the time for him to get a grip and think, ‘I have got responsibilities now and I need to not just take care of my own game on the football pitch, but I need to take care of the changing room and drag that forward'.

“Knowing him and working with him for the last three-to-four years, I don’t think there is any better player for that, and I really have good aspirations and I believe he’s going to do really well this year.”