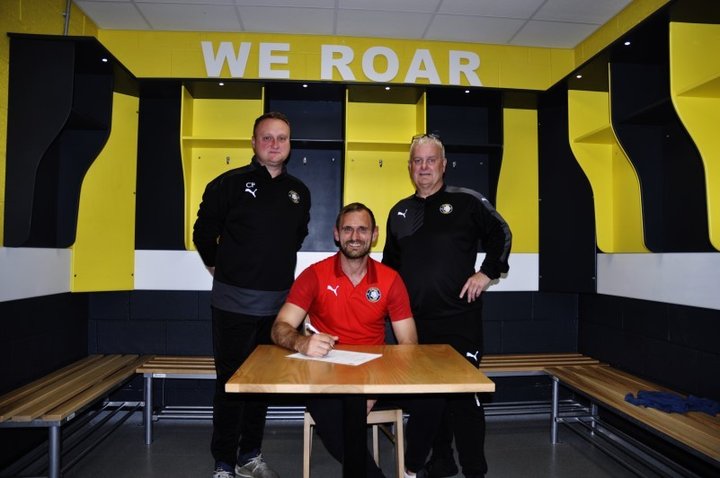 Hanson, 34, has played nearly 400 games in the Football League, playing in an EFL Cup final at Wembley and scoring in the League Two play-off final.

He told the club’s official website: “It feels good to join. I knew Whitey from when we were playing at Guiseley together and he pushed last summer to try and get me, but it felt right the right time to come, and it might be the icing on the cake for me to win something at the end of my career. That is what I am aiming to do and all the signings that we have brought in are a real sign of intent.

“As a player, you want to come and win things and just with the calibre of players he has brought in, he should be looking to win the division and we shouldn’t be afraid to say that.

“It’s not just on the pitch that I want help on but off the pitch as well and I have been told that there are some good young players coming through and seeing the likes of myself and a few other new lads come through the door that have plenty of experience and Football League games under their belt, I am sure they’ll help the lads and hopefully they will learn off them and the standards in training and the changing rooms will improve which will make them better players and better people.”

It was during his time at Bradford that Hanson featured in their memorable run to the final in 2013, where they were beaten by Swansea City.

He also featured for Sheffield United, Bury, AFC Wimbledon and Grimsby Town, before dropping down to National League North last summer with Farsley.

Mid-way through the last campaign, he moved on to Boston and now makes the switch to Worksop.

 Belfords part of five for Stafford Goalkeeper Cameron Belford is among five players confirmed by Stafford Rangers for the new season.