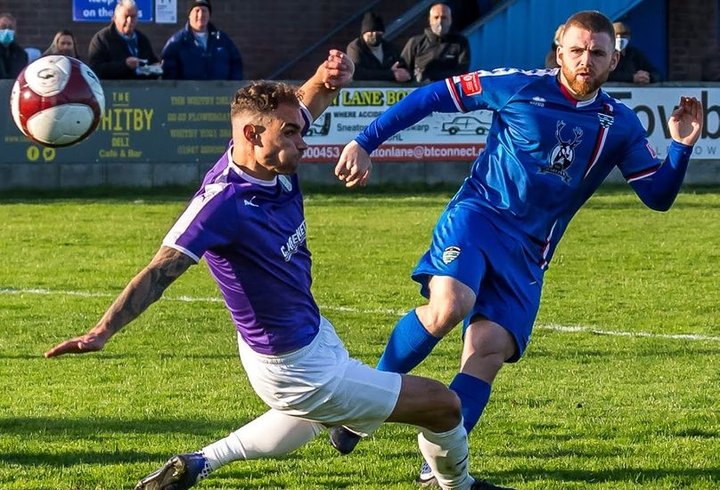 Whitby Town have announced that Mackenzie Heaney has left the club.

The midfielder was signed by Chris Hardy ahead of the 2020/21 Pitching In Northern Premier League Premier Division season, and became a regular in the side both under Hardy and management duo Nathan Haslam and Lee Bullock after they took charge of the club in October.

He made eight competitive appearances.

Whitby Town joint-manager Haslam explained the departure to whitbytownfc.com: "Mackenzie came to us last pre-season and I told him that if he wanted to play at a higher level, then we would honour that.

"It's been unfortunate that he hasn't been able to play for us as much as we would have liked due to the pandemic, but after Mackenzie did put a request in to move on we accepted that.

"We have no issue with it and we understand that he's looking to progress his football, potentially abroad where is looking to go on trial over the summer. We've stuck to our agreement and released him from his contract."