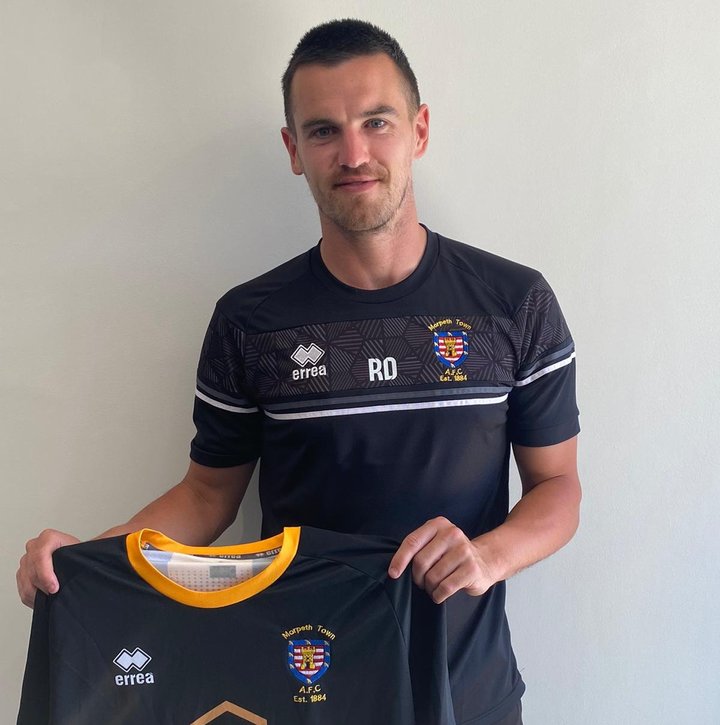 Donaldson, 30, scored the decisive spot-kick in the National League play-off final this summer to earn Pools promotion back to the Football League.

After four years at the Vic, he has opted for a switch to the Highwaymen, taking a role within the club’s new academy alongside his playing duties.

He said: “The way it has been going over the last few years and the things that are set in place here at Morpeth, we have scope to really push on to become another club in the North East that is up there with best of the North East non-league teams.

“I wanted to get into the coaching side, either at Hartlepool or if I left there. When I got to 30, I knew I wanted to start coaching and I’ve known academy director Nicky Gray for a few years so I’m thankful for the opportunity to be part of it.

“I said to the manager of Hartlepool I’ve not taken it lightly.

“We got promoted and you felt like you deserved that chance to play in the league again. Four years of hard work then you do it, to step away was really difficult.

“The way we went up, the way the season went. It was a perfect ending for me so I can walk away with my head held high.

Manager Stephen Turnbull was delighted to secure the signing of Donaldson, who has also played for Gateshead, Cambridge and Plymouth Argyle in his career.

“Every non-league club in the north would have fancied him. He’s another player that brings a lot of experience; I’ve spoken to players he’s played with and coaches he’s played for and they all say what a good lad he is, a model professional.

“He will be a top, top player this season, and I’m really looking forward to working with him and welcoming him into the group.”

Summer 2021 transfer list #5  With the registration window now open, we will provide twice weekly transfer list updates until the start of the season.