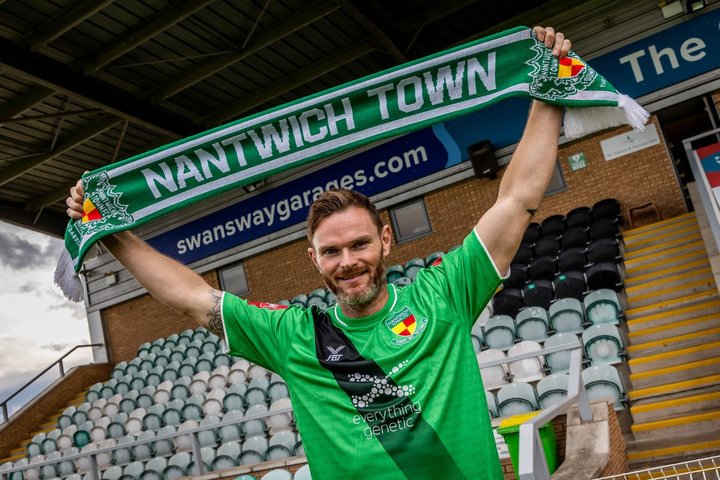 Ritchie Sutton has returned to Nantwich Town 12 years after leaving the club for the Football League.

Sutton, 36, made 40 appearances for the Dabbers before being snapped up by Port Vale and has since gone on to play for the likes of Crewe, Mansfield, Tranmere and Morecambe.

After leaving Altrincham at the end of the season, he joins Nantwich in a player/coach capacity.

He said: "It's an absolute pleasure, being a local lad and living in the area, I've always followed their results since I left 12 years ago. I know some great people here, always kept in touch with the chairman and Dave, it feels good and the right thing to be back."

Following Sutton from Altrincham is forward A-Jay Leitch-Smith, who has agreed a deal to join Nantwich.

Midfielder Jack Sherratt has been signed from Hyde United and ex-Chester goalkeeper Louis Gray has also joined Dave Cooke’s side.