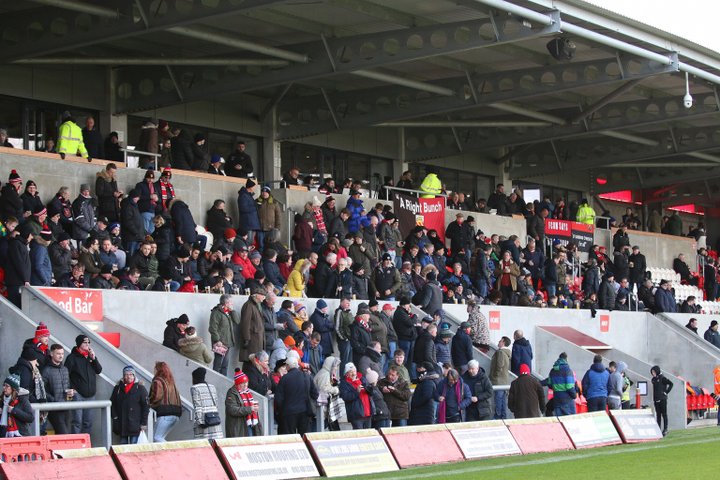 The Northern Premier League have partnered with the FSA and the Non-League Paper to give supporters the opportunity to share their opinions on how football can safely return from its COVID-19 suspension.

These constraints aside, the NPL and our clubs would like to know what supporters think about a potential start to the new season. We want to know what is important to you and what the clubs and League can do to make you more comfortable.

The survey, which will run until mid-July, will help form a picture of the attitudes of spectators across the whole of non-league, and allow clubs and league administrators to plan with more certainty ahead of a resumption of matches.

In launching the survey, NPL chairman Mark Harris said: "I think it’s critical, not only that we make our clubs ready to be playing football again at the earliest opportunity, but that we create an environment in which fans feel comfortable and confident they can come back and watch football safely.

"Although the FA will be taking the lead in producing club guidance information, we need to ensure that guidance is well informed. We’re delighted to be working with the FSA and the Non-League Paper on this to ask fans for their thoughts, and we can’t do without them."

The survey represents the biggest canvassing of supporter opinions across the game since the declaration of the health emergency in March and we want the hear from as many supporters of NPL clubs as possible.

To complete the survey, head to bit.ly/non-league-survey