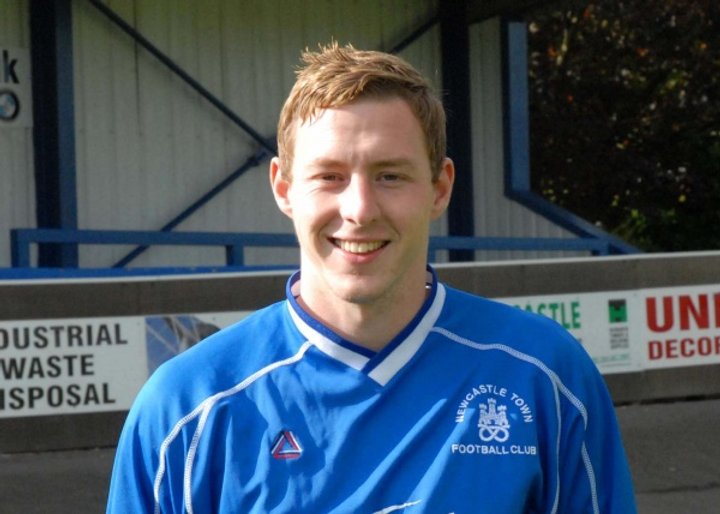 Midfielder MacPherson left his position as Witton Albion's joint player manager in June and turned down the offer of more money at a higher club to join Castle. He had earlier spells with Leek Town, Stafford Rangers and Nantwich Town.
Versatile former Crewe trainee Dave Whittaker has spent the last three seasons with Nantwich Town having previously been with Leek Town and Alsager Town.

Manager John Diskin said "Both have played at a higher level and come to Newcastle offering great experience. Pre-season training started last week and we are looking at quite a few lads as we build the squad including one or two who have been released from Stoke City and Port Vale. Prospective signings know that this ia a great, financially stable club and we want to bring in players who want to play for Castle rather than just a pay cheque. We are working hard and a full squad will be in place come our first pre-season game against Port Vale on July 10th.

As with the First Team we have appointed from within at Reserve level. Paul Groves will be manager assisted by Wayne Mountford with Gavin Appleby helping out in a coaching capacity, all have been with the club for many seasons in one capacity or another.

A newcomer to the club will be Ade Blakemore who is joining us to run the Midland Floodlit Youth League side and head club physio Rob Ryles will be in support. Ade will be bringing a number of players with him from the very successful Harpfields Youth and Adult side who in the previous two seasons have lifted both the Sentinel Shield and the Sentinel Cup, so the policy of trying to bring the younger players through the club ranks should be able to continue at the same level.

We are venturing into pastures new this time by putting a team in the Football Conference Youth Alliance League. These games will be played on a Wednesday afternoon down here at the Lyme Valley

With all games kicking off at 2.00pm. Dave Sutton will be in charge of this side and we will be entertaining such sides as Birmingham City, Halifax Town, Boston United, Fleetwood Town, FC United, Gateshead, Southport and Stalybridge Celtic. This is a competition for players up to the age of 19 and with our relationship with Newcastle-Under-Lyme College we can now participate in this competition and we should be picking up some of the best youngsters in the area who will be playing at a very high level of football.e Youth Alliance League.