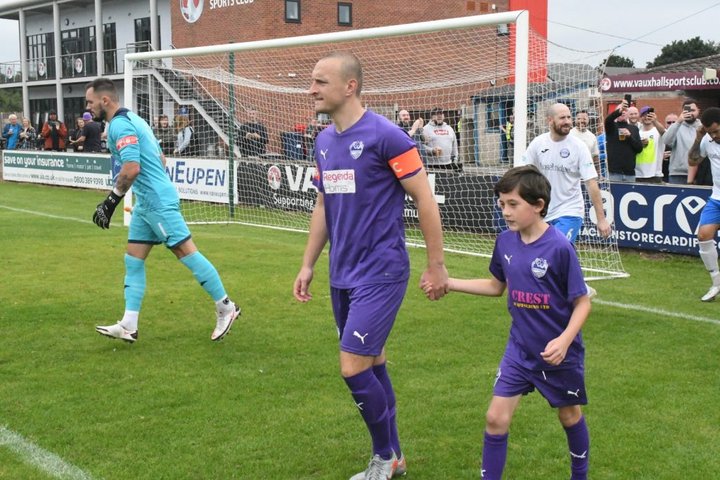 City of Liverpool defender Ryan Schofield is the latest player to commit to the club for the 2022/23 season.

Schofield, 27, joined the club in August and captained the side on his debut on the opening day of the season against Ramsbottom.

After spending last summer on trial with National League North side Southport, Schofield went on to make 30 appearances for the Purps last season.

Manager Michael Ellison told the club’s official website: “Schoey is like a number of players in the squad in that last season he missed large parts due to injury.

“I think when he was match fit, when he was available, he put in some really, really good performances in some big games for us.

“His performances in the run-in towards the end of the season were outstanding, certainly post-Clitheroe and after having a chat with him I think we’re on the same page.

“He’s aggressive, really good in the air, he’s a leader and what you’d call a natural defender so I’m looking forward to working with him for another season.”

City of Liverpool recently announced that, subject to approval, they will be returning to groundshare with Bootle FC next season after a campaign at Vauxhall Motors.