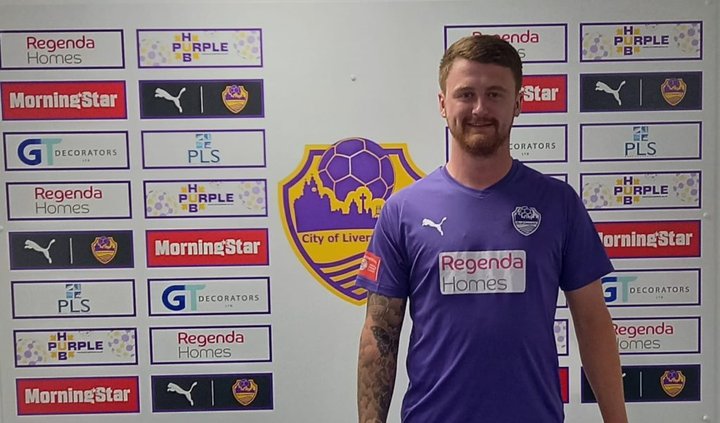 City of Liverpool have announced the signing of Adam Hughes from Cymru Premier side The New Saints.

The 24-year-old defender came through the youth ranks at Tranmere Rovers, spending 10 years with the Prenton Park outfit up to the age of 16.

He has also had spells at Cammell Laird, Marine, Warrington Town and also represented Vauxhall Motors who were at the time in the National League North.

Manager Michael Ellison said: “Adam is a left sided defender, who brings with him NPL experience despite him only being 24.

“He’s a big lad, he’s good in the air and really comfortable on the ball.

“Again, it was an easy conversation on agreeing terms. I know he had a number of other options, so I’m glad he’s chose the Purps!”