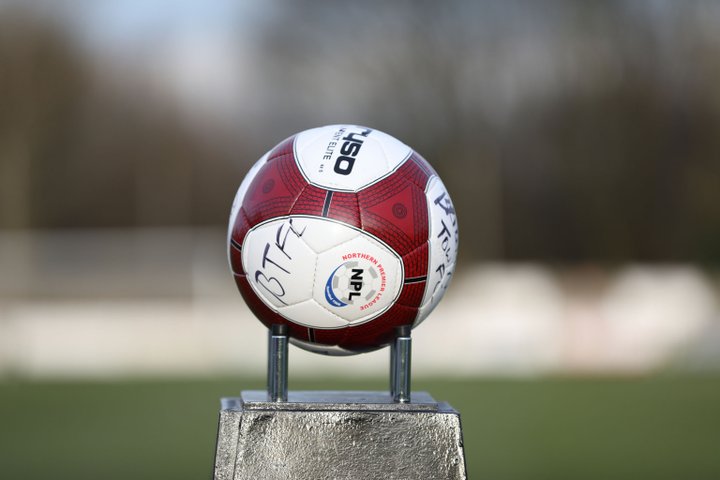 Clubs across the Northern Premier League have paid tribute to fans for supporting their fundraising campaigns.

Bamber Bridge became the latest Premier Division club to launch a Just Giving page over the weekend, to try and bridge the funding gap caused by the premature end of the season.

Organiser and committee member Nick Boardman said: "We have been amazed by the response, we thought that £1500 was a very ambitious target in the current circumstances, so to reach it in less than a day has astounding.

“The club will face some difficult times ahead financially with the loss of league games and the uncertainty around pre-season games which are usually key to raising much needed funds, so we are extremely grateful to everyone who has helped.”

Gainsborough have brought forward a number of ticket packages for the 2020/21 season to enable them to have the appropriate cashflow to get through the summer.

Chairman Richard Kane said: “The current pandemic stretches way beyond the football industry. However, the club feels a very real sense of responsibility to do everything it can to support our stakeholders - many of them members of the Blue Army themselves.

“It is not enough for us to simply sit tight and hope that it all blows over. By moving forward a number of package opportunities for next season, we are able to ensure cashflow in the short term, as well as give a little back to the NHS heroes who are working to keep us all safe and healthy.”

Hyde United have been playing virtual matches since the end of the real season, and their efforts have seen them raise more than £4,400 so far.

A club spokesperson said: “Thank you again to everyone who has supported the virtual matchday initiative, complete with highlights to watch.

“We want to assure you we’re trying very hard to keep the Club in business for when we return, the Government schemes are being explored and, though welcome, will take time to be processed.

“It has meant delaying certain bills and asking for time to pay, with mixed responses from certain service providers, but essentially the Club outgoings still remain, such as utilities, premiums, communication costs, contract wages etc.”

Scarborough Athletic revealed they had reduced the shortfall in their finances to £25,000, and have since raised more than £20,000 from the Valley Bar Seadogs GoFundMe page, the Supporters’ Club, individual contributions and their own virtual matches.

Chairman Trevor Bull said: “Thank you to everyone that has contributed towards our survival in these difficult times when many in our community are faced with far greater challenges than those experienced by our football club.”

Mickleover Sports are more than 10% towards their goal of £15,000, as they look to plug the gap left by missing eight home fixtures.

Witton Albion chairman John Salmon paid tribute to his club’s fans in the latest Non League Paper, and says they have a handle on the financial situation.

He said: "Despite fans having their own money worries at this time, they continue to donate between £25 and £1,000 every month. I cannot thank them enough.”

South Shields have already sold more than 250 season tickets for the new campaign, to help with their planning for 2020/21.

 Colne boss steps down Steve Cunningham has resigned as Colne manager due to personal reasons.

Haworth looking beyond difficult times   Stalybridge Celtic boss Simon Haworth knows what he needs to freshen up his squad for the 2020/21 season.